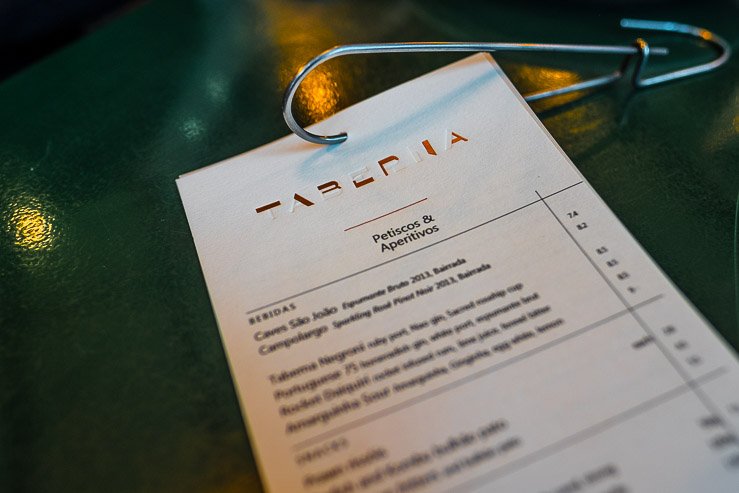 The word ‘Portugal’ is on everyone’s lips as a hot destination for 2017. “It may supplant Iceland as the next place everyone’s going to visit,” said Condé Nast Traveler in their ranking of the top 10 countries for this year, in particular with reference to the cross-Atlantic stopover trade.

I’d like to go to Portugal … especially to sample some (natural) wine and to enjoy the sea and the weather. One of the differences with Iceland is that vegetables grow with the sun in Portugal; and in Iceland it’s with geothermal energy.

Portugal has several ambassadors who resonate with me: luxury travel blogger Mrs O Around the World, who I have known since before Mr O arrived on the scene; film star Carmen Miranda, yes, she was Portuguese… the cupolas of the InterContinental Carlton Hotel in Cannes, where I’ve stayed for work, are famously shaped in the form of her breasts; the new Head of the United Nations, António Guterres, given what is happening in the world at present; and my friend Clare whose parents, originally from Cornwall, live there and who’s learning Portuguese.

To quote the author of The Alchemist, Portuguese-speaking, Brazilian-born Paulo Coelho: “We mustn’t run away from our own destiny.”

Now I believe we create our own destiny through following our intuition, and my intuition, aka my heart, is not telling me that I will go to Portugal this year. So, instead, I went to Taberna do Mercado, about a thousand miles closer than Lisbon, in London’s Spitalfields Market.

On the edge of the City, Taberna do Mercado opened in 2015 as the creation of Antonio Galapito and another one of my Portuguese heroes, Nuno Mendes. Being a short walk from Liverpool Street, the restaurant was the perfect lunch location to meet my cousin (a professional wine expert from Essex) and my son (an amateur wine expert from North London).

Nuno is one of London’s most feted chefs. He’s also head chef at celebrity hang-out Chiltern Firehouse in Marylebone. His latest project is a new restaurant in the East End/Docklands area, Viajante. I can’t wait.

For a country famed for its explorers and discoverers, Portuguese cuisine is largely undiscovered. It is a global cuisine, with Portugal at the epicentre of the Age of Discovery trade routes between Europe and the Americas, Asia & Africa in the 1600s and 1700s.

The country looks out across the Atlantic, where the “tropical currents of the south meet the cold waters of the north“, giving it access to some of the world’s best seafood, as Nelson Carvalheiro writes in his Portuguese Travel Cookbook.

My mother always told me that she looked like “her Portuguese great-grandmother”. I don’t know any more than that about the drop of Portuguese blood that courses through my veins. Unfortunately my mother is no longer around to ask.

I lived in neighbouring Spain for 5 years and often used to travel to Lisbon. These two countries are so culturally different. Just listen to the music. Andalusia’s flamenco is visceral and flamboyant; the Portuguese fado is melancholic and soulful – a sadness that comes, perhaps, from facing the wild and treacherous Atlantic Ocean. Listen to the likes of Amália Rodrigues, a traditional fadista from Lisbon, and you can feel those heart strings pulling. 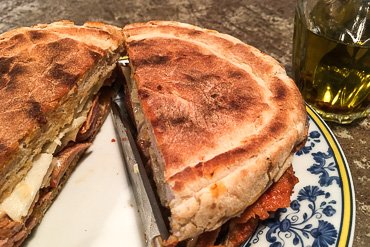 I discovered Taberna do Mercado in the autumn. I was working in the area, and Googled for inspiration as to where to eat at lunchtime.  My choice: Taberna do Mercado’s bifana sandwich (pork) with yeast mayonnaise & fennel, sprinkled with piri piri, a typical Portuguese marinade made from olive oil, crushed red chillies, herbs & lemon. Finished off with um café, the Portuguese equivalent of an espresso.

It was so good, and the guy behind the bar and the Brazilian manager so friendly and pleasant, that I returned the next day for a prego sandwich (beef) with prawn paste & wild garlic. You could buy them to take away, but I preferred to sit at the bar… with a little glass of Portuguese red.

At Taberna do Mercado, it’s all about sourcing the best Portuguese ingredients; capturing the soul and authenticity of the local food & flavours, and giving them a personal twist.

I know nothing about Portuguese wine, but another reason to go to Taberna do Mercado was how expertly we were advised on what to drink and what dishes went with what … in a nice, gentle way that Latinos master so well, and that the Northern Europeans and Americans often fail to get.

We went for a white wine, a Bairrada DOC by Vadio in the village of Poutena, between Aveiro and Coimbra, about half way up Portugal. The grape varieties were Cerceal and Bical. Never heard of them. The aroma was asparagus and papaya. The taste was slightly mineral. The perfect wine; one that “harmonises a pleasant and relaxed meal”, or so I read on the website afterwards. 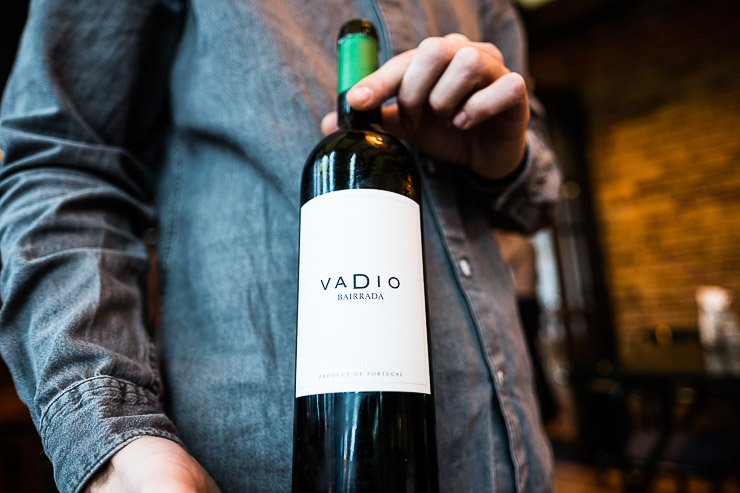 Now that’s my son sitting to the left of the blackboard listing the daily petiscos… or small dishes to be shared. Please don’t liken them to tapas… this is Portugal. 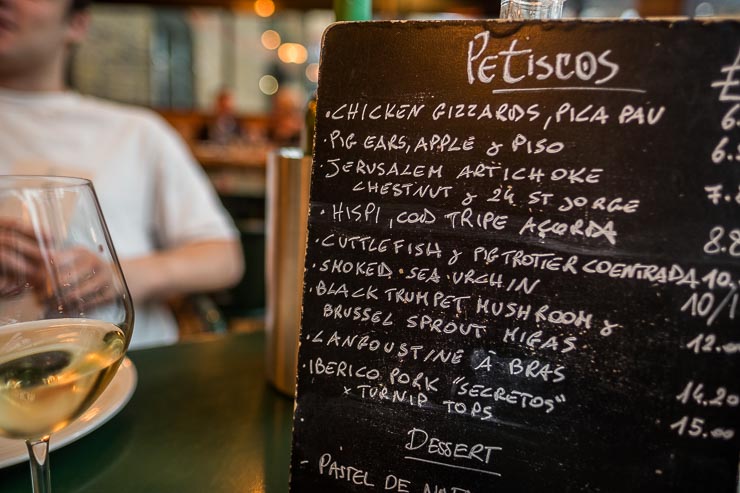 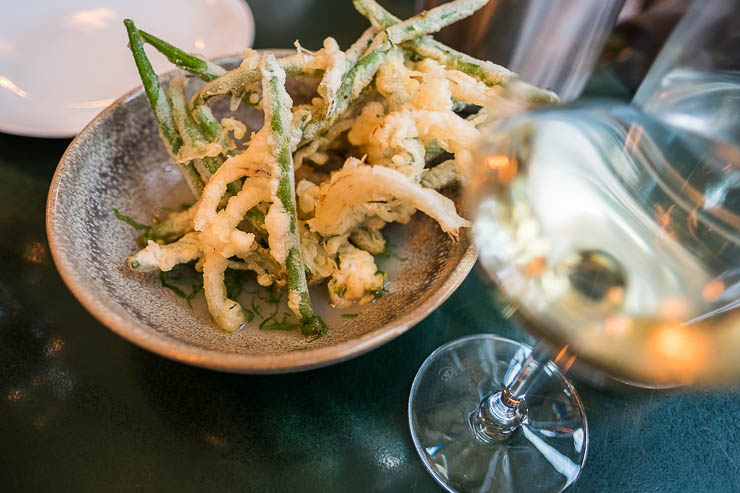 Jerusalem Artichoke, Chestnut & 24 St Jorge, a hard cow’s milk cheese cured for 24 months, from the autonomous Portuguese region of the Azores, 900 miles west of Portugal, in the mid-Atlantic  – and another top destination for 2017… 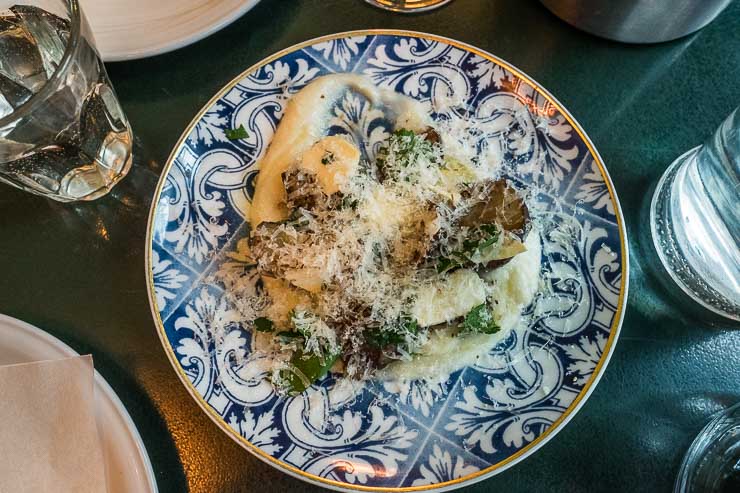 Chouriço vinho tinto,  red wine-infused black pig cured meat, served with bread as it should be… 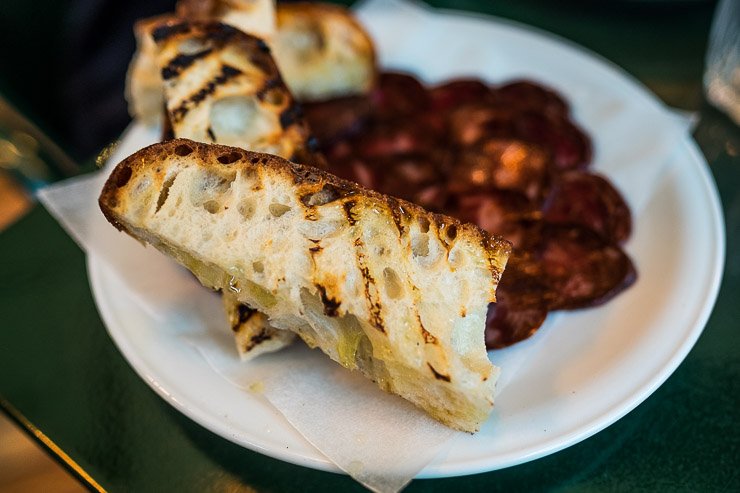 Smoked sea urchin… delicious & a beautiful purple colour, which went brilliantly with the orange for Instagram… 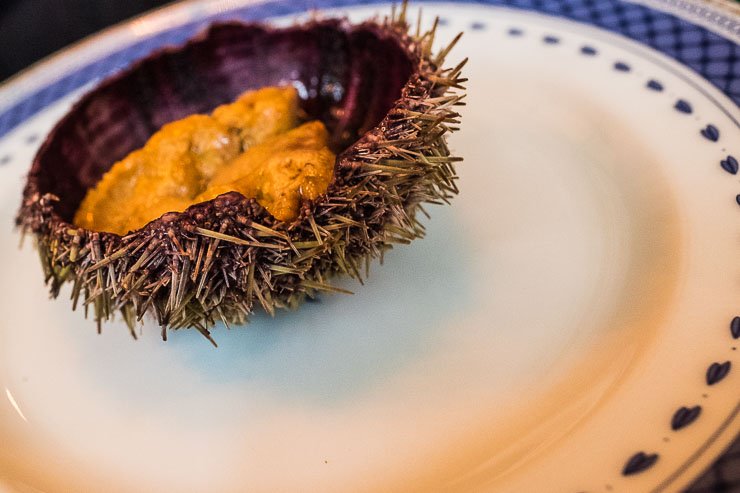 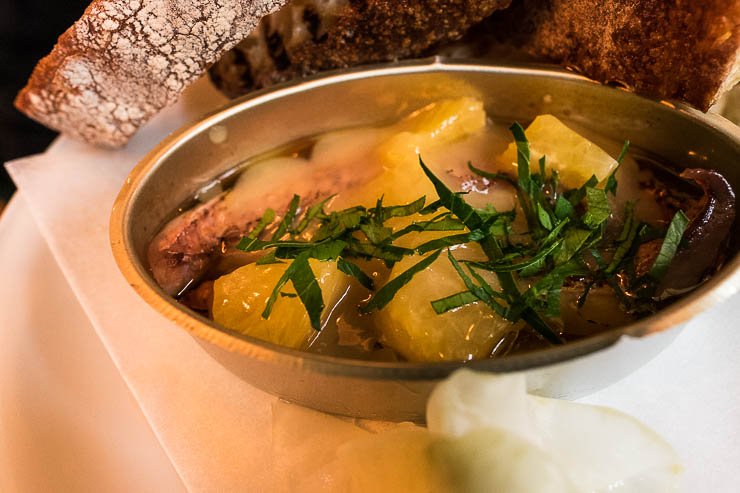 Ibérico Pork ‘Secretos’ & Turnip Tops – I never found out what the ‘secrets’ were. Iberian pork really is the best – and the only pork that can be eaten slightly pink… 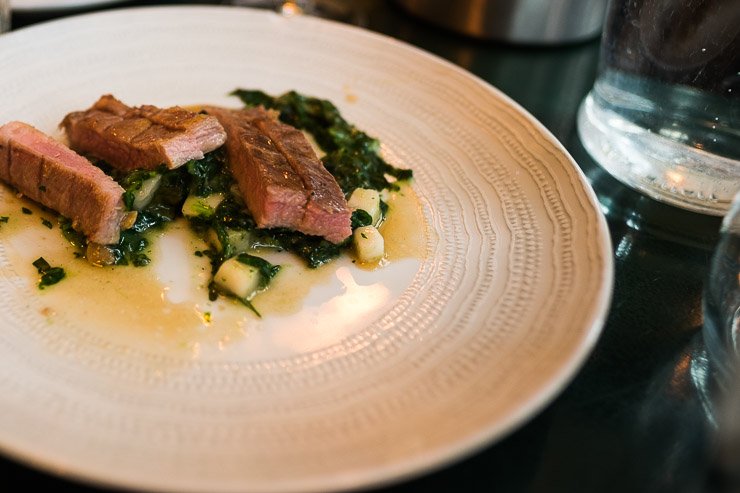 Now this Pastel de Nata was seriously dangerous… this is food that nurtures, that makes you feel comforted and complete. That’s probably why I’d already eaten half of it before remembering to take a photo. A simple recipe. I put down the divineness to the quality of the pastry, made with pork fat. Forget British egg tart pastries… 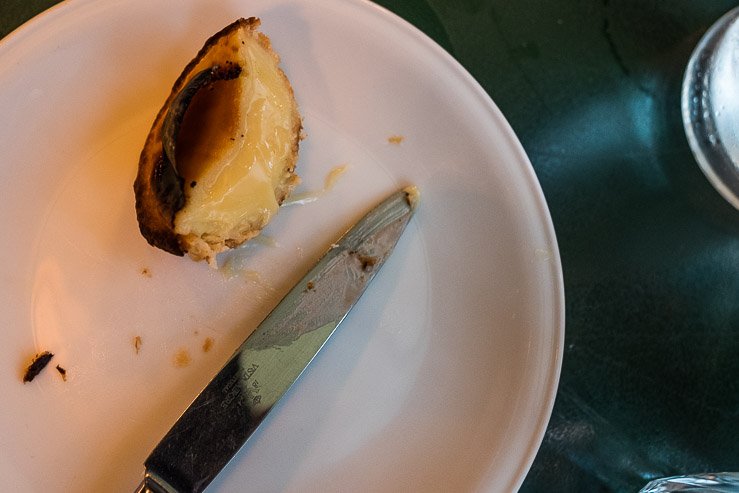 And finally, even better than the pastel de nata, if possible, were these chestnut-based little balls of paradise … a speciality of the season… 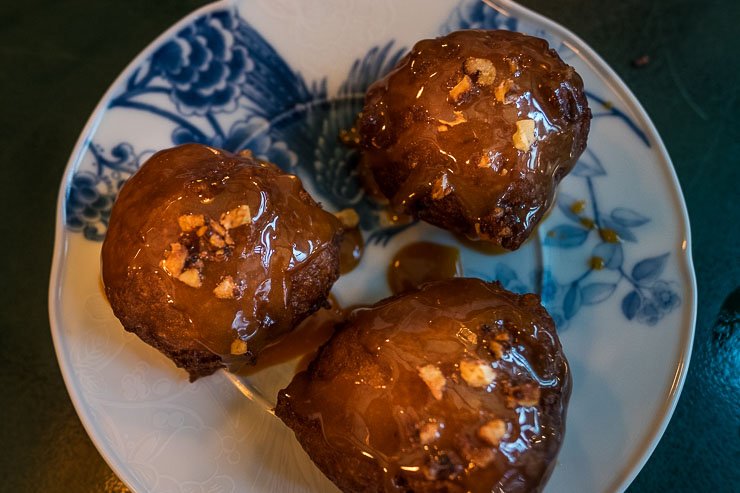 This is not the end of Portugal for me, only the beginning. Maybe for the 2018 action list? But that will depend on where my destiny, or my intuition, takes me.

In the meantime, my question to London is, why are there so few authentic (high-quality ingredients inspired by a sense of place & culture) and creative (flair, passion, skill) Portuguese restaurants in London?