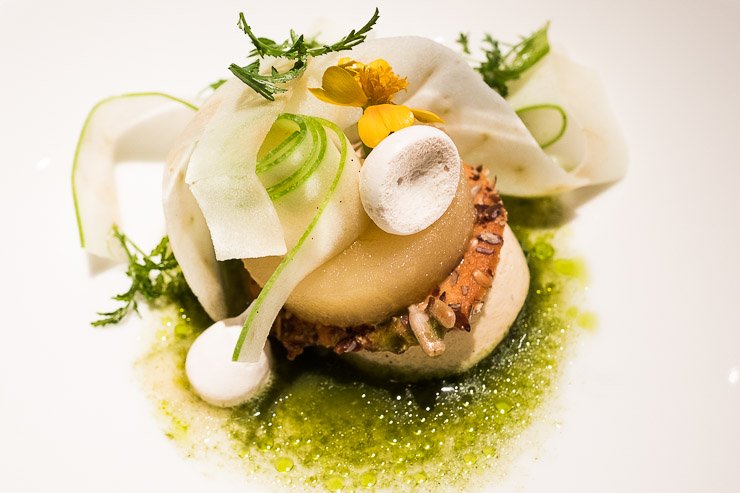 I went to Amsterdam to attend Unseen Amsterdam, one of the world’s most exciting contemporary photography art fairs. I looked at a lot of photos, and I ate at some good restaurants, namely Choux Amsterdam, down by the harbour, and Restaurant De Kas, in a converted greenhouse to the south of the city centre.

We stayed in the trendy district of De 9 Straatjes, southwest of the Central train station.  This so-called ‘9 Little Streets’ district is criss-crossed with canals. The streets are filled with streams of bicycles and lined with quirky little shops and cafés, and picturesque architecture. It’s a district embodying the Age of Aquarius, the information age, where everything is transparent, networked and we exist to ‘be’.

For me, it was also great as it is within easy reach of the airport bus terminal at Elandsgracht, as well as the No 10 tram line to Westergasfabriek for Unseen Amsterdam and the No 9 line to Restaurant De Kas.

My favourite spots, including those on Elandsgracht, on the other side of the bridge from Berenstraat, were:

There’s something cute about the word ‘choux‘ – the French for cabbage, and also a term of endearment. Seasonal, local vegetables are at the heart of Choux Amsterdam. I found Choux through the natural wine app Raisin. They also had a pop up at Unseen.

The restaurant is a short walk, over a canal, of course, from the Central train station. It’s in a street overlooking the Ij waterfront, right by the cruise liner terminal, although there’s a road in-between. The building is painted a raspberry red on the outside  – the perfect contrast to a green-leaved cabbage.

Arriving mid-September, I was in time for the start of the four-course autumn menu. Nothing was written down; the dishes were ‘told’ like a story. The total cost: €37.50, including bread, service, etc.

What I ate at Choux

Ravioli made from Swedish turnips and filled with kefir cheese. This was served together with seaweed, ‘salty’ vegetables (including samphire), citrus sorbet and cream of parsley.

Dessert is shown in the featured image: a parfait of hay, with seed crisp bread, caramelised apple and apple spirals, with apple merengue, verbena, apple juice with sorrel and leaves and flowers of African marigold. The chefs pick the herbs and the flowers out the back, in the restaurant’s growing patch.

Choux – the canteen at Spring House

Choux is on the ground floor. The three floors above are home to Spring House members’ club for innovators. They call it a members’ club. For me, it was about people sharing a workspace, with their own stairs leading down directly to their very own canteen – Choux.

I fell in love with Spring House, I want to move to Amsterdam and become a member, and hang out with innovators, and work creatively within an amazingly designed space, and embracing a new, collaborative way of working. This, for me, is the future of the workspace. They even have their own artist-in-residence.

I have a fascination with ports and waterfronts, they are a hive of activity. I love the sense of raw history and scale of size offered by old industrial buildings and structures; the grey, brown and metallic colours; and the flow and lap of the water.

After lunch at Choux, I walked along the waterfront to the Central Station. There was a brisk wind, grey clouds and spots of rain, and, of course, lots of bicycles coming off the ferry and cycling along the front.

Walking the streets of Amsterdam, you take your life into your hands: cyclists rule. There are no helmets, no lycra. Families pile up in pyramids on one bike, dogs sit in baskets, riders drink coffee, surf the internet, wear the hijab, watch movies, all while pedalling.

Bikes are upright, so much more elegant than having to lean forward, but then there are no hills in Amsterdam. And if you’re looking for a present for a cyclist back home, there’s a good selection of bicycle bells, even with a Christmas theme.

For me, a cool way of getting to know a city is to do a yoga class. I very nearly did – a chakra healing class at The Conscious Club.  And it was in English. I didn’t have enough time, so I stopped off for a fresh lemon and ginger tea instead.  This was a place with good vibes.

Restaurant Bak: make sure you ask for a table overlooking the river Ij, a local told me.

In September 2018, I returned once again to Amsterdam to work for East Wing Gallery at Unseen Amsterdam.

De Bakkerswinkel – this bakery saved me during Unseen, with breakfast, hot dish of the day, soups. I ate here every day. At the entrance to Westergasfabriek Park. Also a separate take-away store.

Tony’s Chocolonely – across the way from De Bakkerswinkel, this chocolate shop won me over after one of our artists, Sanne De Wilde, took me in. Like opening a chocolate box!

My experience as a gif