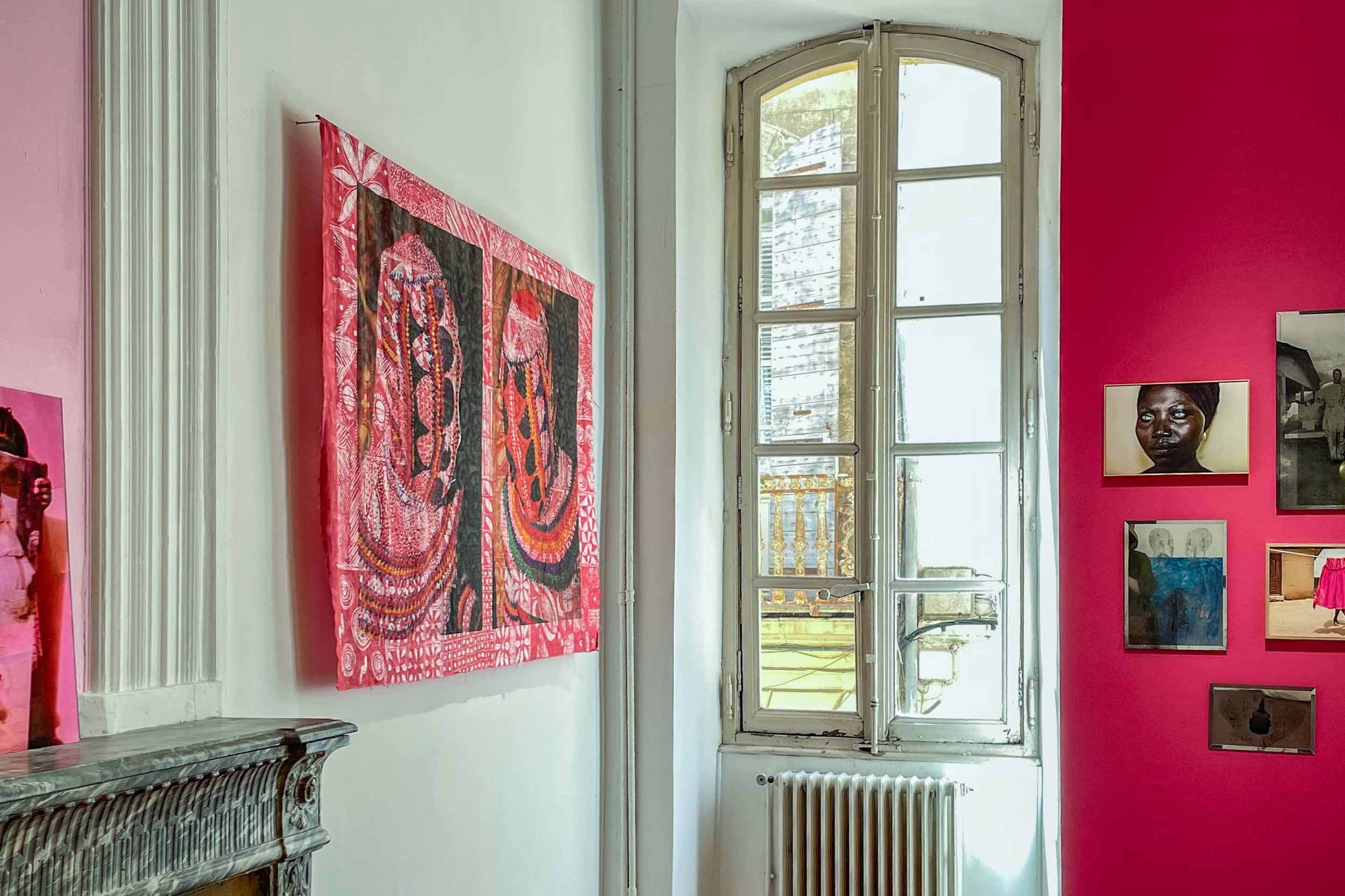 17 Jul Arles in the frame

For the first time ever, I joined everyone who is anyone in photography in Arles for Les Rencontres d’Arles 2022 – an annual July event on the edge of the Camargue, in the south of France. It lasts all week, but I was only there for three days.

Not only did I discover engaging art (in particular by Noemi Goudal and the late Bettina Grossman) and provocative art (Arthur Jafa at the LUMA Arles arts centre) but also a town that was after my own heart – walkable, friendly, with good food and beautiful limestone buildings.

I believe that good food correlates with good art & good design – both are made by the mind and the hands, and both use matter to transform the world. So here are some of my discoveries in Arles, with some better known than others:

A room at Hotel L’Arlatan was slightly hors mon budget (out of my budget), so I went for a drink first in L’Arlatan Cocktail Bar and then moved to the Courtyard, once a table was free… a Camargue rosé and a grignotage of local-chickpea humous + smoked sardines on toast.

With the interiors designed by an artist, Jose Pardo, rather than an interior designer. colour, intrigue and texture are everywhere at this boutique hotel near the central Place du Forum.

The lights above the Cocktail Bar, which also cluster up the central stairwell, are 3-D printed from a material made out of seaweed. Outside, the Courtyard offers non-residents the chance to gaze at the sky, with the protection of centuries-old limestone facades.

The food was so good that I ate at this restaurant/grocery store in the Roquette neighbourhood twice. For lunch, remember to book as there is only one sitting. It’s an upstairs, downstairs restaurant, with the chef upstairs in a kitchen with windows overlooking the Place Paul Doumer– one of my favourite spots in Arles  The menu changes weekly.

I also came away with an olive spread, paté de taureau (sounds so much better than ‘bull paté), and a bottle of Les Gardians beer, named after the riders who herd the bulls and horses in the Camargue and made with Camargue rice.

I dropped in at LUMA Arles on all three days of my visit to Arles. There was so much to see: an exhibition by Ghanaian-born photographer James Barnor, the Dior Photography & Visual Arts Award for Young Talent, Arthur Jafa‘s ‘Live Evil’ exhibition, and a show by Indigenous artist Sky Hopkina. Only James Barnor was part of the official Rencontres d’Arles programme.

LUMA Arles is also about food. The ice-cream that I had in the Terraces des Forges (see photo below) was supreme…. a mix of apple and almond milk sorbets with a ginger syrup.

The gardens designed by Bas Smets (the Belgian landscape architect appointed to work on Notre-Dame in Paris) were also awe inspiring, but with temperatures hovering around 35 degrees, I darted from building to building.

Local publisher Actes Sud also has a bookshop and cinema in Arles, part of the Passage du Méjan, a cultural centre off a street that runs along the banks of the river Rhône,

Here you can also find the Hammam Chiffa where, with outside temperatures close to 35 degrees, I built up an even bigger sweat one afternoon, followed by a body scrub and a 45-minute massage, all for €70. What did I learn? A hammam is the perfect antidote for hot weather, as well as for stress.

Just off the Place du Forum – the main square for meeting and drinking, and where I would frequent Bar Le Tambourin – is Nais, a small jewellery and accessories shop.

The shop is named after its creator, Anaïs, who was born in the mountains but has found her home in the plains of Arles.

Naïs is an excellent place for the “single strategically chosen accessory … worn one at a time”, as Vanessa Friedman writes in The New York Times about how not to look like a tourist in France.

As my “single pieces,” I bought: a pair of big gold loop earrings with petrol-blue glass beads and a white lacquered leaf broach.

Other places to go in Arles

You can reach everywhere in Arles by foot. All the places below are in the historic centre, apart from the pétanque, which is just outside the walls.

For next time in Arles

I never made it to Chardon. This restaurant, famous for its chefs-in-residence, is only open Thursdays to Mondays.

And a few more tempting addresses from Provence, a guide by Les Éditions Papier:

The main picture is of the exhibition at Les Rencontres d’Arles by Sanne de Wilde and Bénédicte Kurzen at the Foundation Manuel Rivera-Ortiz in Arles.

See my other blog posts on France