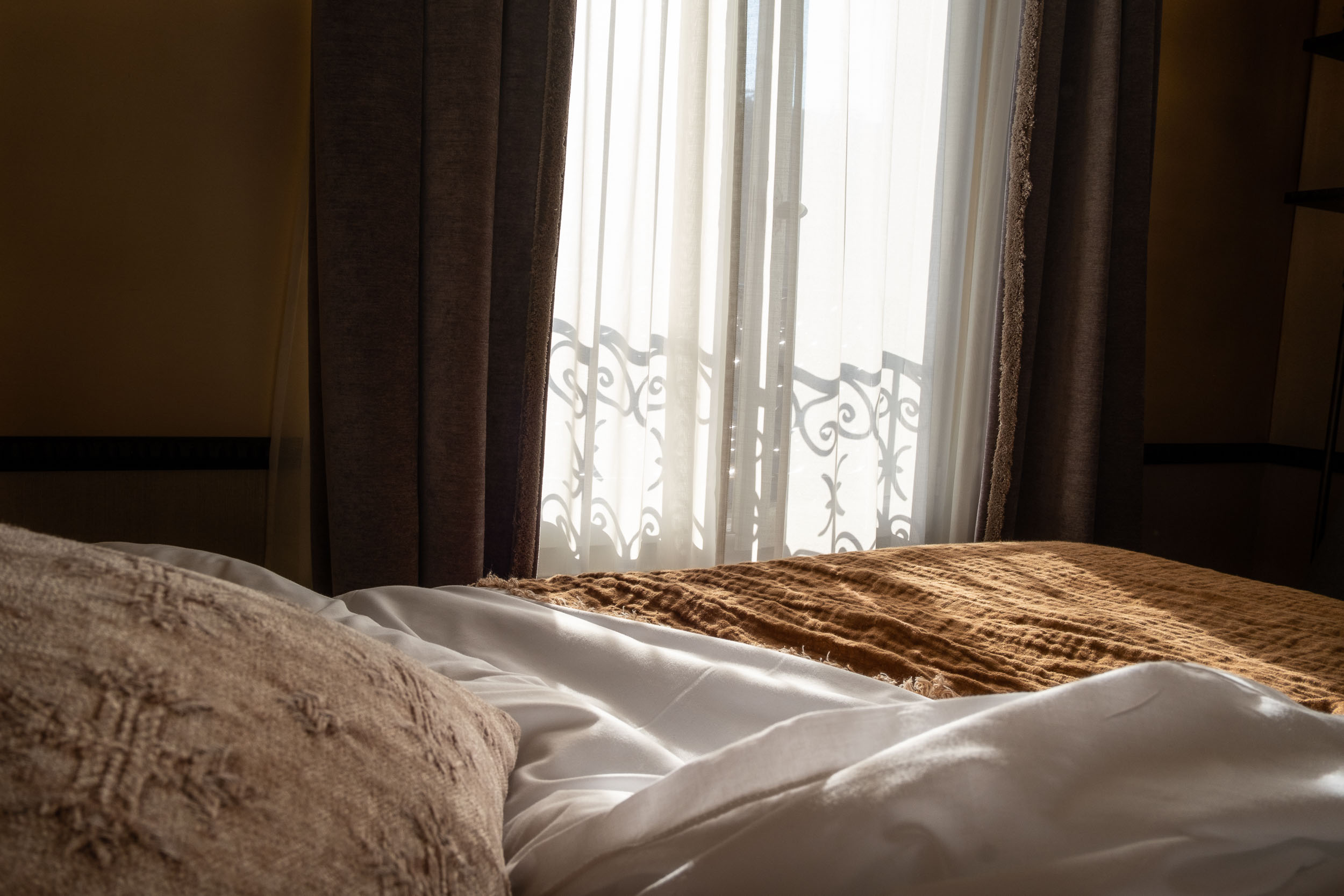 At times, we need to find space to strip off our outer layers of emotional turmoil. Some people go to the beach. I went to Paris this autumn, to the eastern neighbourhood of Belleville, home to a hub of different cultures.

I stayed at Babel Hotel Belleville. Babel is also a bar and a restaurant. It’s on a quiet street round the corner from the metro. Here, I found a welcoming ambience and good food downstairs, and stillness in my room upstairs – the perfect combination.

Babel Hotels opened this autumn. It ticked all the boxes for me: décor inspired by the Silk Road (Belleville is fabled for being home to waves of immigrants from different cultures over the decades); locally sourced, seasonal ingredients in the restaurant; and, in the room, good coffee (La Brûlerie de Jourdain), tea with CBD (Kodama) and pistachio and almond delicacies from La Rose de Tunis, all local businesses.

‘Simple & real’ at Babel in Belleville

Above all, the people at Babel were friendly, and all those working there reflected the Babel values of “simple and real‘. For my next stay – and there will be one – I’ll be asking for the same room, Room No. 404. Like most Parisian hotels, there’s not enough space for a yoga mat. But the sun shines through the windows, the view is over the rooftops – and the walls are heavy with silence.

And yes, I’m sure the CBD did the trick for my sleeping well; together with the Babel radio and the Haïfa whisky cocktail (Israeli whisky infused with black and white sesame, zaatar syrup and lemon). I didn’t even need to call on the massage ‘experience’ on tap.

From Belleville, you can get around Paris easily. The neighbourhood is also home to some of my favourite Parisian haunts, and, like Babel, they are ‘simple and real‘.

I first found Le Grand Bain back in 2018 – listed in a fashion magazine as a restaurant for the Gen Z crowd.  My son may be Gen Z, but I am not. I was in Paris for work, and on my own. For five nights in a row, I travelled from Le Grand Palais in 8th district of Paris each evening to sit at the bar in Le Grand Bain. The small-plate, seasonal food, the natural wine, the energy of the music, and the babble of happy voices wasthe perfect antidote for my flagging spirits after a day on my feet. Like many restaurants with a night-time vibe, it’s only open in the evening.

The signature dish back in 2018 – unfortunately I did not have the time to go in 2021 as there were other, new places to try – was the panissen, deep-fried chickpea-flour ‘fingers’ dipped into homemade mayonnaise with a dash of Worcestershire sauce. A dish typical to the south of France.

Other favourite dishes were: Saint-Jacques poire fumée, radis, dulse – scallops, smoked pear, black radish & dulse (a red alga); and Betterave, noix, livéche – beetroot, walnuts & lovage, which reminded me of my trip to Les Grands Causses, where the garden was full of lovage.

As for the wine, I particularly liked L’Aubinaie – a Cabernet Franc from Domaine Les Grandes Vignes, as well as the Chiroubles Vin de KaV 2017 – a Beaujolais by baker-turned-winemaker Karim Vionnet.

Le Grand Bain was founded by two Edwards: Edward Lax and English-born Edward Dwelling-Williams.  They have also opened Le Petit Grain in the same street. The perfect place for a quick pastry. I returned several times this autumn as it is round the corner from Babel.

As an aside, my other favourite pastry places in Paris are: Du Pain et des Idées – not too far from Early June, in the 10th), and excellent for bread;Cédric Grolet – in Opéra, (he is also head pastry chef at Le Meurice; Chambelland – in the 11th for gluten-free produce; and Tapisserie – part of the Séptime stable, again in the 11th, for a novel take.

Within 10 mins of Babel

Parc Buttes-Chaumont is one of the hilliest parks in Paris. The Temple de Sibylle (inspired by the Temple of Vesta in Tivoli, Italy) perches on a cliff overlooking the lake. A quiet refuge (despite the many locals) with lots of trees and paths to walk.

Restaurant Le Baratin is a couple of streets up rue de Belleville from Babel. I discovered it after meeting the owners in Girona. Raquel Carena and her husband opened Le Baratin 30 years ago. An excellent place for lunch. It has a bistro feel, with zinc bar, tiled floor and small library, but there’s something more – a homeliness and familiarity that reminded me of Le Café du Peintre in Lyon, but more Parisian, more refined. That autumn in 2018 at Le Baratin, I had lentil salad, followed by veal with fennel & citrus and vanilla cream.

Other places to eat in the neighbourhood include:

This blog post is an update of my previous blog post on Belleville, originally published on 25 November 2018. Discover other destinations in Paris.