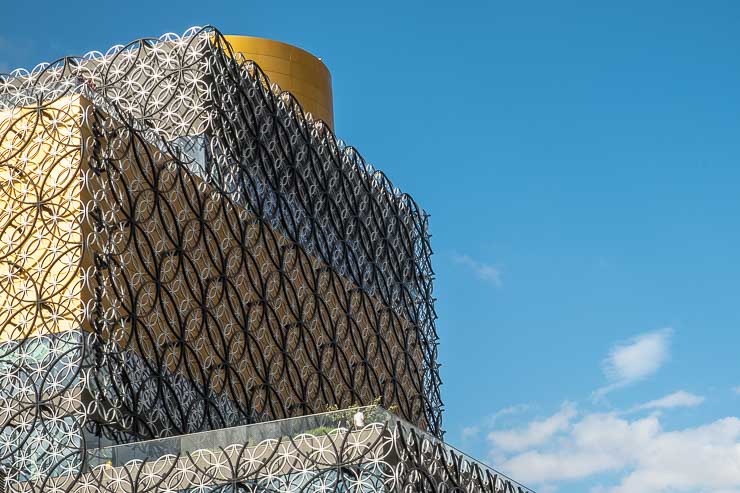 31 Jul Birmingham: an icon in the West Midlands

One Tuesday this July, I travelled 180 km, around 110 miles, to have lunch at Carters of Moseley, in a middle-class suburb south of Birmingham city centre.  Food has always been and always will be my compass.

Birmingham was once a manufacturing powerhouse. Modern Birmingham is built around a legacy of canal networks, Victorian warehouses and benevolence, and true grit. The city’s vibe, soul and dynamism struck me deeply during my day trip. That takes a lot for a diehard Londoner to admit.

I had two hours in the city centre in the late afternoon. I caught the bus from Moseley to the Ikon Gallery, stopped for a coffee, then walked to the Library of Birmingham, by which time the the cranes and the diggers in Centenary Square had stopped working on Paradise – the UK’s biggest inner city development outside London.

The day before, I’d Tweeted to Visit Birmingham. “I need to find something to do in the centre of Birmingham between 5pm and 7pm.” Their first suggestion: “Pop to @LibraryofBham’s secret garden for panoramic views & a good spot to see all the regeneration going on in the area.” Oh, when social media works, it works so well.

‘Culture’ is an agent for connecting people, says the buzz concept. Especially in the ‘shared’ economy. This applies to the arts and any other kind of collective display of human intellectual achievement. Previously conspicuous consumption was the ‘in’ thing, but for me the dopamine (reward) hit from shopping is an individual pursuit, even when done collectively, which I don’t like to do, with friends.

The new Library of Birmingham opened in 2013 as a great example of ‘culture’ connecting people. It was designed as a ‘People’s Palace‘ by Dutch architectural practice Mecanoo. This was a true find! Paradise on the seventh floor! Open to the elements, green, iconic, creative and visually designed, with fabulous views across the city, and the development work in Centenary Square down below. The perfect place to sit and be! And it’s definitely secret!

The Secret Garden had been my second stop that late afternoon, after coffee at Ikon Gallery. Coffee always comes first. Ikon is one of the UK’s leading contemporary art galleries,housed in a converted Victorian school near the Birmingham Symphony Hall – said to have the best acoustics in the UK. By the time I got to Ikon it was closed – most things close in Birmingham at 5 or 6pm, but Yorks Café at Ikon was open (pictured below).

I had a quick espresso – made from beans roasted in Birmingham. (Yes, you’re not meant to have coffee after 3pm as it keeps you awake at night.) The temperature was a few degrees cooler than London, so I sat inside. For people hardier than me, there is a lovely peaceful terrace overlooking Brindley Place.

Ikon Gallery has built up quite a name. I wanted to go there as I’ve been doing work for East Wing Gallery and one of their artists, Edmund Clark, is Ikon’s artist-in-residence at Europe’s only therapeutic prison, HMP Grendon – but that’s another story.

Carters of Moseley (blog to come) had very kindly gave me a few suggestions as to where to visit in Birmingham – a few ‘independent’ recommendations. For a quick drink before catching the train back to London from New Street Station, I stopped off at Tilt. I walked up the hill opposite the station and Tilt was tucked down a dingy side street. After pristine Zurich, I was up for a bit a dingy.

Tilt is new-age Birmingham: super cool, super laid back, and a bit quirky. I asked what was from Birmingham on the drinks list. The guy behind the bar replied: “Nothing”.

He was teasing. I think.  I’ve always seen people in Birmingham as having a very basic sense of humour – like mine.

I ended up by marvelling at the pinball and then heading for the station… I did not know what to choose from the menu. But that was OK. The guy still suggested I had a look upstairs, at the pinball machines with vibrant colours like a David Lynch film and the view over the adjoining Grade II-listed shopping arcade.

Also near to New Street Station is Kilder Bar, renowned for its craft beer, natural wine and cider bar, and for its bar snacks, sharing plates, and charcuterie and cheese.

Places I didn’t visit, but would like to next time… 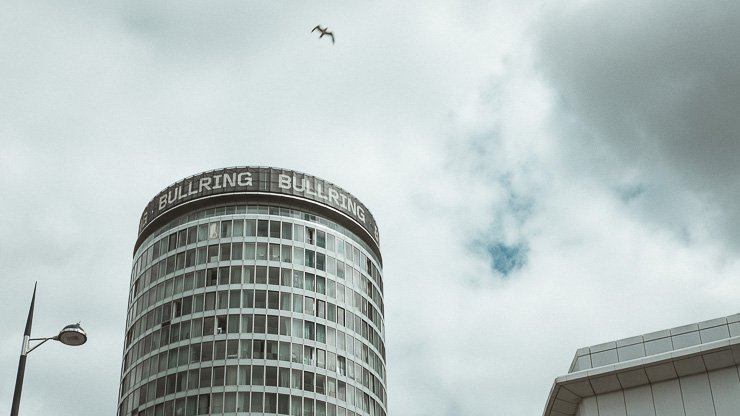 Next time I’ll travel up from London’s Marylebone station to Moor Street (below). Less busy. More scenic. Better value. Only an extra 20 minutes on the journey.

See my other blog posts on the Birmingham area: The New Art Gallery in Walsall and Carters of Moseley.