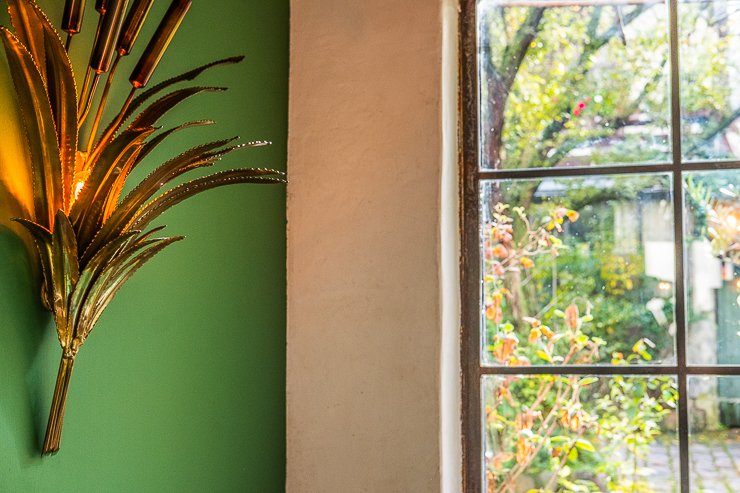 24 Apr Septime & its ecosystem in Paris

There’s a small crossroads in the 11th arrondissement in Paris, a five-minute walk east of Bastille, where there’s a Michelin-starred restaurant, a seafood restaurant, a patisserie, a natural wine bar... and then, just over two hours away by car, southwest of Paris, a guesthouse in the middle of a natural park.

All these places are run by the same people – Betrand Grébaut and Théo Pourriat. All are sublime. I say that, but I still want to visit the first (Septime) and the last (D’Une Île). I say ‘want’ rather than ‘hope’, as hope is an illusion, whereas ‘want’ is just putting it out there – that is what I WANT to do.

At this famous foodie spot on the rue de Charonne, where it meets rue Saint-Bernard, I popped into the patisserie, Tapisserie, this April (2022). I was having a mid-morning breakfast of a coffee from L’Arbre du Café, which I knew from my visits to Silicon Sentier, together with a Baba au Mexcal with espelette pepper & orange, and a Pear tartlette with a light thyme & verbena cream.

It’s a very tight squeeze to eat in at Tapisserie, but I managed it, even though I was only one. The taste and texture of the pastries were heavenly, the focus was seasonal and the sugar content low – no sugar lows one hour later, like I usually experience after eating overly sweet cakes.

On the other side of the rue de Charonne, next to Septime, is Bértrand and Théo’s seafood restaurant Clamato, and across the street is La Cave à Vins for natural wine, and cheese & saucisson.

When I was in Paris for Paris Photo 2019, I had hoped to eat at Septime, but like in life I was a little wave in a big ocean, and that ocean took me Clamato next door instead. If you can’t get a seat at Septime, you can always (but don’t bet on it) wash up at the more relaxed Clamato. Even when I went back for a brief visit this April 2022, the staff at Clamato recognised me from 2019! Quelle honneur!

Clamato is a seafood restaurant. It’s open every day and almost all day. It’s a must-have address in a city where so often things are closed at weekends or on holidays.

At the time of my visit in November 2019, I had heard about this trend in New York of a few dishes in one restaurant and then a few more in another. For my second visit to Clamato, I had two dishes there and then moved on to Le Servan – run by Bertrand’s wife Tatiana – for another two.

Le Servan is a 15-minute walk north from rue de Charonne, up the back streets and towards the northern end of Père Lachaise, the famous Parisian cemetery. It’s a place for more hearty courses and more pepper and spice. Like at Clamato, I sat at the bar. Everyone from the neighbourhood seemed to be there.

After a finishing-off coffee at Le Servan, I wandered to Bastille, stopping off to buy some granola and bread at Ten Belles Bread – the suppliers of bread to Séptime and Clamato – or at least they did back in 2019. I also could not help but marvel at the architecture of the 11th arrondissement – once full of small factories, and now home to some of the city’s finest eating places.