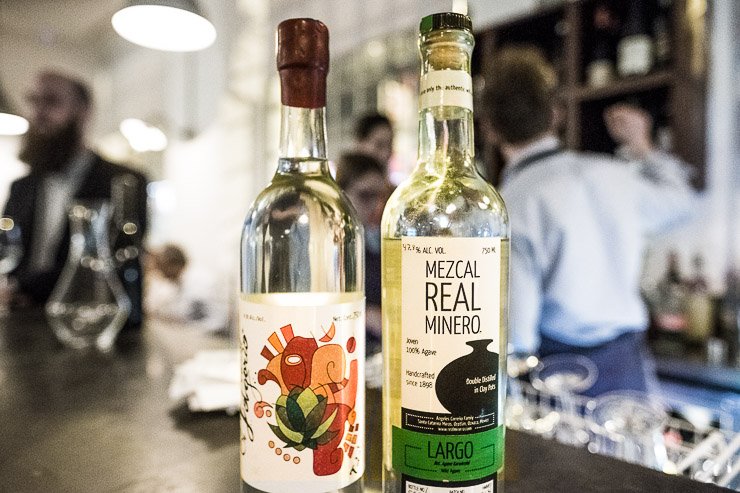 I discovered Mexican cuisine through the visit of Cosme NYC to Lyle’s London as part of The Guest Series.

Mexico is big… and not just in the news. A map of the country’s empire in the 19th century extends across a lot of the US: California, Nevada, Utah, most of New Mexico and Arizona, as well as parts of Wyoming and Colorado.

The country has also produced five ancient civilisations: the Olmecs, Mayas, Teotihuacans, Toltecs and Aztecs… and it brought us chocolate.

Mexican cuisine is based on corn, beans & chilli. This holy trinity of produce forms the cornerstone of a cuisine so “elaborate and symbol laden” that, together with French cuisine, it’s one of only 2 in the world listed by UNESCO.

When Enrique Oliveras, the man behind Mexico’s No 1 restaurant, Pujol, opened Cosme in New York City, and then Cosme’s Chef de Cuisine, Daniela Soto-Innes, flies to London to cook for two days at Lyle’s, I was online reserving my ticket as soon as bookings went live… and even then the earliest time available was 8.45 – a Mexican time to eat an evening meal.

I’m addicted to The Guest Series at Lyle’s. I’ve already been along to evenings hosted by James Lowe, the Head Chef, together with André Chiang of Restaurant André in Singapore, Jowett Yu of Ho Lee Fook in Hong Kong and the Nebbiolo evening by Isabella Pelizzatti Perego of Italian wine producer ArPePe.

There were no walls between peoples the night that I attended the Cosme dinner at Lyle’s. It was all flow and happiness… the ambience, the music, the mezcal, the different smells, flavours & colours of the food, with people brought together by communal tables and shared dishes.

I’ve never been to Mexico; it’s on my ‘desire’ list for this year… or more precisely the south-west state of Oaxaca, home of mezcal and still steeped in Indian traditions, or so I am told.

A Mexican friend of mine judges the authenticity of a Mexican restaurant by their mole, the most Mexican of sauces. We had lots of mole that evening – yellow, green and red mole. So that makes 3 out of the 7 moles from the (foody) state of Oaxaca, all different colours & distinct flavours.

I have to remember that Cosme is a ‘Mexican-inspired‘ restaurant. Rather than airlifting Mexico to New York, or London, they make full use of local ingredients, whether from the Hudson Valley region or the shores of Britain.

Daniela came along with her favourite mezcals. Time for the party.

Mezcal is made from around 30 different types of agave. One of these agaves is the blue agave, which is what tequila is made from, in the region of Jalisco. There were no tequilas that night at Lyle’s, as it’s the mezcals that are artisanal, and this was an artisanal evening.

Dish after dish arrived. We started with

At Lyle’s that night, we took a lick of a worm salt from the back of our hand, then a shot of mezcal, followed by a suck at a slice of deliciously sweet blood orange. The salty-strong-sweet experience was as invigorating as a Finnish sauna, and much more multi-sensuous.

My favourite mezcal was Tobala by El Jolgoria. Tobala is the type of agave, a tiny, slow-growing rare agave that is found in high altitudes. Like with all artisanal mezcals, the piñas – the heart of the agave – are piled up in an earthen pit oven, lined with volcanic or river rock, using mesquite or oak wood and then covered. The agave is then distilled in copper pots. El Jolgoria makes only 800 bottles of Tobala each year.  A very clean, pure taste.

My runner-up was Largo by Real Minero, one of Mexico’s most famous mezcal producers, based in Santa Catarina Minas. This is the only producer to distil mezcal in clay pots.

My only other Mexican experience was at Kitchen Theory‘s pop-up multi-sensorial event in 2015, which explored how our experience of food depends on sound, colour and shape as much as on sugar and salt, well, almost as much.

With that in mind, it seemed only logical that each chef taking part in The Guest Series chooses their own music. As befits Mexican cuisine, the music that night at Lyle’s was salsa and infectious… with classics such as Ven Devorame Otra Vez (Come and Devour Me Again) and Pedro Navaja, a 1970s salsa song by Panamanian singer song-writer Rubén Blades.

Rubén Blades was the first person I had interviewed as a journalist in London. I still have the clipping. One of the questions I asked him was why he sung in Spanish, when he lived in New York. “There are things in Spanish that could never be translated,” he said. “English is a very precise language, whereas in Spanish we tend to present the background in metaphors, and then get to the heart of the issue.”

Translate that to cooking, then Anglo-Saxon cooking is precise, methodical, Latin cooking is from the heart, allegorical, symbolical, visual  – more passionate. Definitely why I must fit in a trip to Mexico.