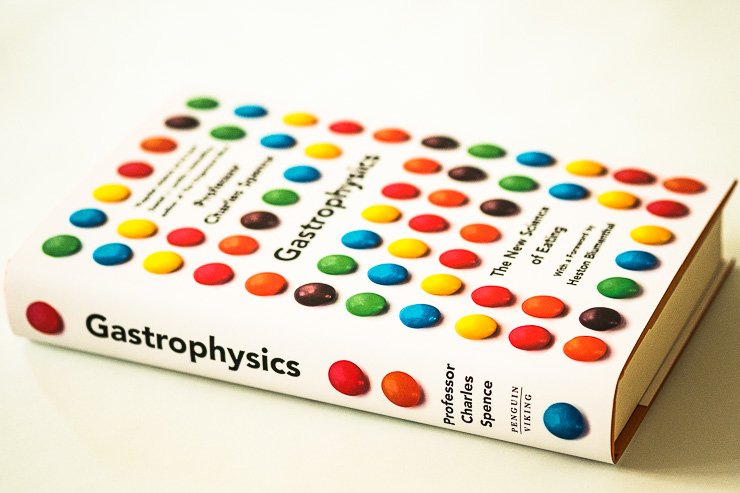 10 Apr Why looks matter: eating with our eyes

Search #food on Instagram and you’ll find nearly 214 million posts. Food photos have been all the craze for a while, but it’s only now that the wider world is waking up to this.

As an aside, the Financial Times had a brilliant article this weekend on the ways that restaurants are courting the Instagram, or IG, crowd.

In answer to the FT

And yes, it’s proven: when food looks good, it tastes better. “We eat with our eyes, ears, nose, memory, imagination and our gut,” writes Professor Charles Spence in Gastrophysics, which arrived on the bookshelves earlier this spring

Professor Spence, an Experimental Psychologist, is a world authority on such matters. He heads up the Crossmodal Research Laboratory in Oxford.

The ‘crossmodal’ part of his laboratory is about multi-sensory perception. In other words, how sight works together with taste and flavour, as well as sound and touch.

Gastrophysics covers research undertaken by Professor Spence and his team working alongside some of the world’s top chefs, including Heston Blumenthal of The Fat Duck, and top establishments such as Ferran Adrià‘s Alicía Foundation in Barcelona and the Paul Bocuse Institute near Lyons.

The history of eating with our eyes

This link between the eyes and food goes back to Apicius, the Roman gourmand and writer, says Gastrophysics. It was Apicius who was said to have come up with: “The first taste is always with the eyes.”

Filippo Tommaso Marinetti wrote The Futurist Cookbook in 1932, at a time of “panic” and “world economic crisis”. The book was designed as an antidote to “bring optimism”. His banquets were more like theatrical performances: very mad (or is the word artistic?) and very Instagrammable.

A while back I went to a ‘gastrophysical’ experience organised by Kitchen Theory. The founder of Kitchen Theory, chef Jozef Youssef, works closely with Professor Spence.

As part of the event, we did a sight-and-taste test. We were given four spoons with a mixture coloured green, red, white and browny-black. We were then asked to place them in order of being sour, sweet, salty or bitter. The answers from three out of four respondents fitted mine and those of the gastrophysicist.

The importance of presentation

Much of what works or not when it comes to eating with your eyes is common sense. Or is it artistic sense? But common sense is not always common.

In the meantime, I leave you with some photos that I took at Central Restaurant in Lima, listed the world’s No 4 top restaurant. The colours may look different to the real thing… this depends on the light, the camera, the settings, the calibration of my screen, your screen.

At the end, what is certain is that eating in terms of taste, smell and sight is a very individual experience, and that the quality of the food and the ingredients, and the skill and love needed to prepare a certain dish, will always be just as important as how the food looks.

It’s like people. The secret to finding the right partner is not about focussing on their looks alone. It’s the heart that matters. That’s why #love has more than 1 billion posts compared with #food’s 214 million.