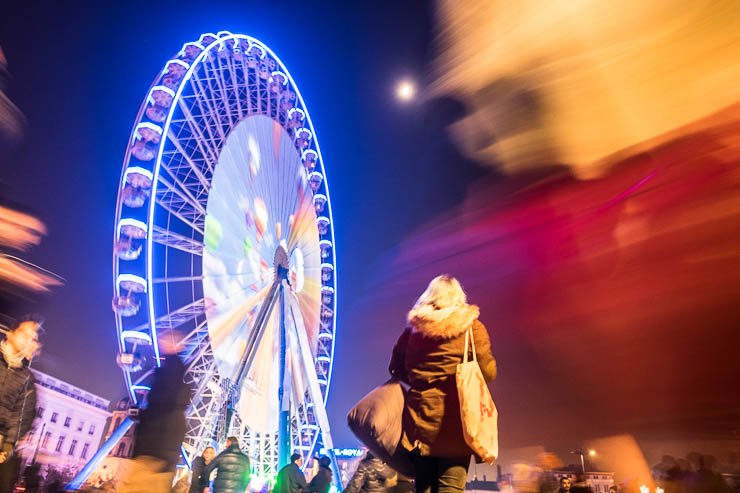 28 Dec LSD in Lyon: the Festival of Lights

Life is an adventure and adventures can be tough, as well as exciting. The best antidote to tough times is to laugh, sing and dance – or LSD as they called it when I was in California.

I went to the French city of Lyon for some much-needed LSD. It was December 2016, and the day after I’d arrived back in London from Los Angeles.

For those of you who avoid self-help books, all three LSD activities – laughing, singing and dancing – trigger the release of endorphins, our body’s natural ‘feel-good’ hormones. They also reduce stress, increase blood flow and aerobic fitness, and they are great social ‘binders’ – making it easier for us to connect with each other.

During Lyon‘s Festival of Lights, or Fête de Lumière as they call it in French, there is much laughing, singing and dancing. The festival coincides with the Catholic Feast of the Immaculate Conception on 8 December, and lasts for several days.

The feast dates back to 1643, when the inhabitants of Lyon promised to pay tribute to Mary, Mother of Jesus, if the city were spared from the plague… and it was.

Since then, during the Festival, the inhabitants of France’s third most populous city put candles in their windows, while a series of artistic ‘light’ spectacles take place across Lyon over three or four days.

The Festival of Lights in pictures

For more on Lyon, see my blog post on Lyon: capital of gastronomy..