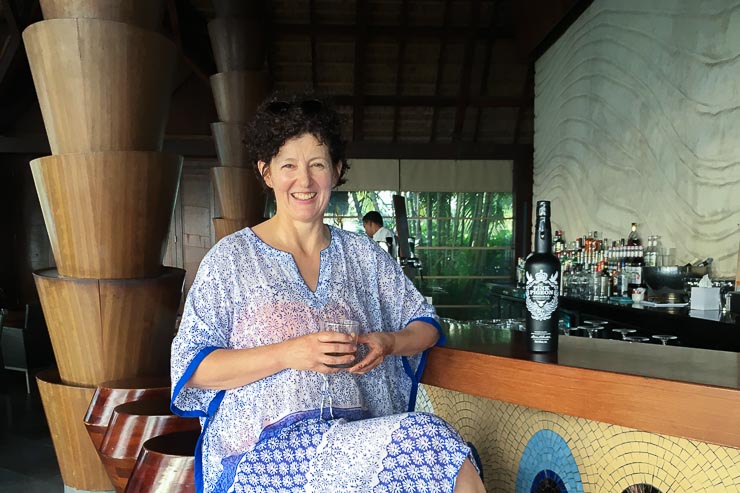 Mauritius is a tiny speck of a tropical island, a thousand kilometres out into the Indian Ocean, west of Madagascar. We stayed on the west coast, in the town of Flic en Flac. We were there for five days during Mauritius’ winter month of July.

The west coast of Mauritius offers less rain, sunsets over the ocean and shelter from the south-easterly trade winds. Apart from the area around Flic en Flac, the only other place we visited in Mauritius was the southern coast, for the ‘wild’ beaches near Surinam – the only coastline with a gap in the coral reef that surrounds the island.

Flic en Flac, like the rest of this African island, is a cultural melting-pot of influences from Africa, India, Europe and China. It’s the second biggest tourist destination in Mauritius after Grand Baie, in the northerly tip of the island. We were there for a local wedding – the best way to experience a culture.

The beach at Flic en Flac

The beach at Flic en Flac was a hop across the road from our apartment, then through a strip of casuarina forest and onto a 8 km/5 mile stretch of white sand. The view looked south to Le Morne Brabant peninsular, with its 556 metre/1,820-foot high volcanic monolith, and north was the walk to the centre of town.

The beaches are public in Mauritius, at least up to the high-water mark. Some are more public than others. The beach at Flic en Flac is a favourite with the locals. They park their cars under the trees, get out their cooked food, and sit in a circle, chatting and laughing. A few take to the water, but not many in winter.

My first swim and only swim at Flic en Flac beach was at 5pm on a Monday. I saw no one… to the point that I got scared and started to imagine a shark in the water. There are no sharks in the shallows of Mauritius… the coral reef, 100-200 metres or so out to sea (I’m no good at distances), protects the bathers from such intruders, or so I was told.

The water was warm … almost the same as the air temperature that was hovering at about 20ºC/68ºF. Night fell quickly, at around 6pm.  It took a while for my body to adjust to those early nightfalls, given that in Northern Europe we still had another three hours of daylight to go. What was good is that the temperature drop very little at night. 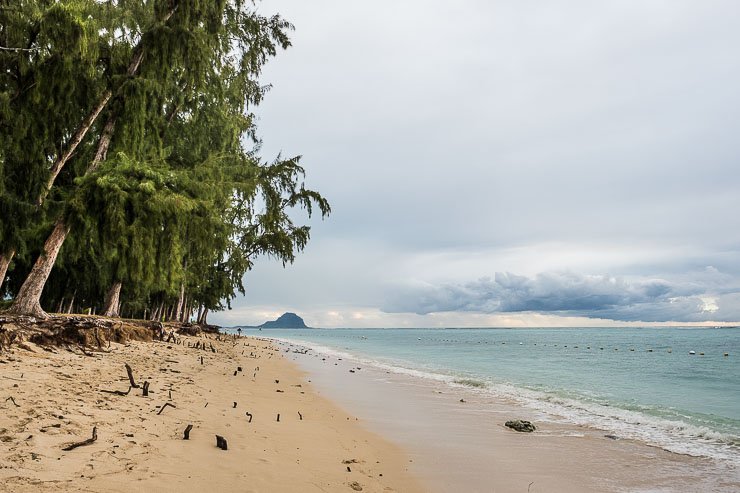 The name Flic en Flac originates from Old Dutch, and is an onomatopoetic word for the sound of hands beating a goatskin drum (source: Bradt Guide to Mauritius).  Others say it is Old Dutch for ‘freed, flat land’. The Dutch were the first settlers on the island, and the ones who brought the sugar cane which covers so much of the land.

Originally Flic en Flac was a fishing village – a few fishing boats, but not many, still push off in the mornings down on the beach. It’s now a tourist town. There’s no local market and I only came across one bread shop. The centre of life, apart from the beach and the restaurants, was the Spar supermarket.

You have to go with the flow in life.  Mauritius is about beaches, friendly people, the tropics and music; and it’s also about supermarkets and advertising for processed foods.

Like in other coastal villages and towns, the cemetery is in a prime location overlooking the beach. A reflection, no doubt, of the many lives once lost at sea.

Eating out in Flic en Flac

Mauritius is not a food destination like Peru or Japan. There are no original inhabitants. Everyone is a descendent of immigrants. Farming may account for around 40% of the land, but 90% of this is devoted to sugar. With great sadness I saw much fruit and veg coming in from South Africa.

The island might not be about fine dining, but the food is good, and Mauritians like to eat well. Be ready for lots of laid-back meals inspired by Indian, Chinese and Creole cooking. It’s all about eating together, laughing and having fun.

We ate one night at Cannes à Sucre. It was meant to be ‘we’, but my son joined a group of people his own age.

Now, Cannes à Sucre is the type of restaurant where it’s reservations only. May, the cook, goes out each morning to buy and then prepare a set menu for her ‘guests’ for the evening. There’s no cancelling at the last minute. Luckily I was able put my son’s share of the 16 different dishes in little plastic containers to take home. Yes, our apartment felt like home.

Cannes à Sucre is a small place. In essence it’s the front room of May’s home. There were 3 other diners that night, a family from Bordeaux, regulars to Flic en Flac. They asked me to join their table. We laughed a lot and had a lot of fun, and then ended up dancing to the music of the legendary French singer, Frederic François (I’d never heard of him before).

May’s apron featured a dodo, the world’s most famous extinct creature, and behind the expression ‘as dead as a dodo’.  Until the Portuguese arrived in the 16th century, the dodo had been endemic on the island.

To get a better idea of the food culture of Mauritius, I went to the market of Quatre Bornes. This market is smaller and no doubt less charming than the better known one in the capital Port Louis. It was a good way of seeing the cultural diversity of Mauritius.

More popular than buying food to cook were the take away Indian and Chinese food, whether samosas or boulettes, dumplings. 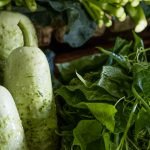 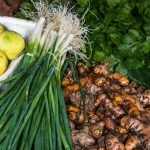 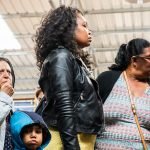 We spent the day after the wedding at the Sugar Beach Resort & Spa in Wolmar. Unlike les plages sauvages, the wild beaches, of Southern Mauritius, here there is music, deck chairs, palm trees, drinks on tap, friendly staff and kayaks to rent.

One of my favourite drinks in Mauritius was rum with a bit of cane sugar syrup and chopped-up lemon. A real pick-me-up.

At the Sugar Beach Resort, I discovered the Pink Pigeon rum, a single-estate rum spiced with bourbon vanilla,  orchid petals and the peel from local oranges, said to be slightly more spicy than Mediterranean oranges. I also learnt something new. Bourbon vanilla is local vanilla, mainly from Madagascar, with the name coming from the original name of Réunion Island, which was Bourbon Island.

As for the pink pigeon, Mauritius is famous for its pigeons. The dodo was believed to have been a flightless relative of the pigeon. The pink pigeon survived the early colonisers. They were easy to catch as they would lie slumped on the ground after eating the intoxicating berries of the fangame shrub. The colonisers soon learnt that they would fall ill after eating them, so they were left alone. The secret to not being eaten.

Maradiva  – my idea of luxury

We spent our last night in Mauritius having drinks by the pool in a private villa in the Maradiva Villas Resort & Spa. The night lasted till the early morning, although I fell asleep in the Venetian chair – the best sleep ever, out in the open.  The Prime Minister of Mauritius was there at the time, and a few Hollywood stars that I’d never heard of.

The Maradiva for me really is what a luxury destination is all about. Like so many of the other so-called luxury hotels it is along the seafront at Wolmar a short taxi drive away from Flic en Flac.

Holidays in the tropics

Mauritius is just north of the Tropic of Capricorn. There’s something about going on holiday in the tropics. It’s the palm trees, the brightly coloured flowers, the density of the forests, the sound of the wildlife, the warm nights.

Landing back in London was quite depressing. Even though it was 31 July, the night air had a chill, there was the smell of approaching autumn and a sprinkle of dew covered the grass in the morning.

I will be back in Mauritius as I want to learn to snorkel in order to discover the coral that I never saw during my visit.