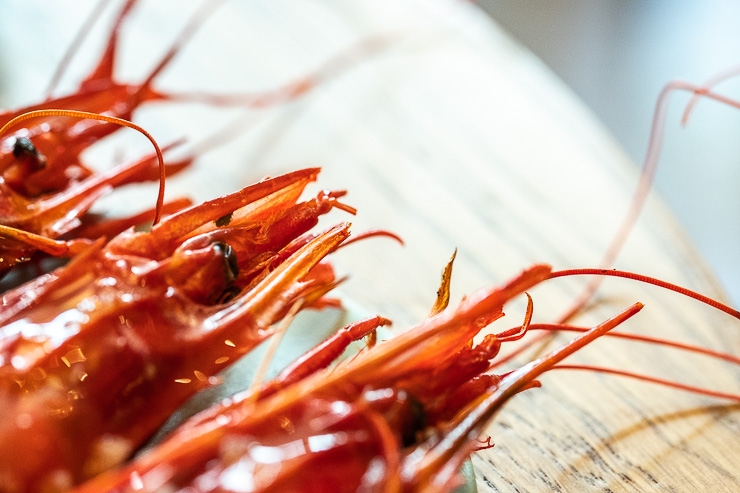 Whenever I travel, and get talking to local restaurateurs about London, the question is always the same: “Do you know Lyle’s?” Well, Lyle’s now has a little sister, Flor.

Usually Lyle’s comes with the same breath as Septime in Paris. And whereas Septime’s little sister, Clamato, opened next door to Septime, in the 11th arrondissement, Lyle’s has opened Flor – a wine bar, bakery and restaurant – on the other side of town from its home in Shoreditch, on the edge of Borough Market.

I say ‘on the edge’ of Borough Market as I avoid the throngs of people in what undoubtedly is the food epicentre of London, as they gawp, taste and experience without engaging, without buying or dipping into warm conversation with the market traders. Enough of my wingeing!

UPDATE: 1 February 2022… Flor London in Borough Market has closed its doors, to become a bakery in Spa Terminus. So sad! An end of an era, sitting at the bar for my breakfast. The last thing I bought from there was a galette des rois… super good!

I have eaten several times at Lyle’s, ranked No 38 in the world. But always to sample the food and wine of visiting chefs and producers rather than that of head chef James Lowe. I have written about Daniela Soto-Innes of Cosme NYC, Isabella Pelizzatti Perego and her ArPePe wines, and Jowett Yu of Ho Lee Fook – all while at Lyle’s.

James is always working alongside his visiting chefs, so I half feel I know his style, and I do know it is all about working with the finest ingredients – truly and honestly, unlike all those people who say they do, but don’t really. His style is also about positioning the plate just so in front of the diner at an exact angle – and then I turn it round and take a picture of the plate from a different angle. Sacrilege! In fact, his whole style is ‘just so’, with attention to every detail.

Flor as in flower & florencia

‘Flor’ as a name is short and to the point. It means ‘flower’ in Spanish and is also short for Florencia – the name of my friend in Buenos Aires. The restaurant is inspired by the buvettes of Paris and the pintxos bars of San Sebastián. The food at Flor is fabulous. I want to eat there every day, They told me I could, but I told myself that I would have to earn more. There is also a bar to sit at – my favourite place.

THE staff, THE knives, The bread

The three things, as well as the food and wine, that impressed me were:

OPENing all morning for breakfast

I’m going back to Lyle’s this week… for morning coffee and pastries. Not many restaurants are good at coffee, but at Flor, like Lyle’s, they take great care with their coffee. And if the pastries are as good as the bread… que maravilla, as they say in Spanish.

For more on what I believe is natural wine, read my blog post.