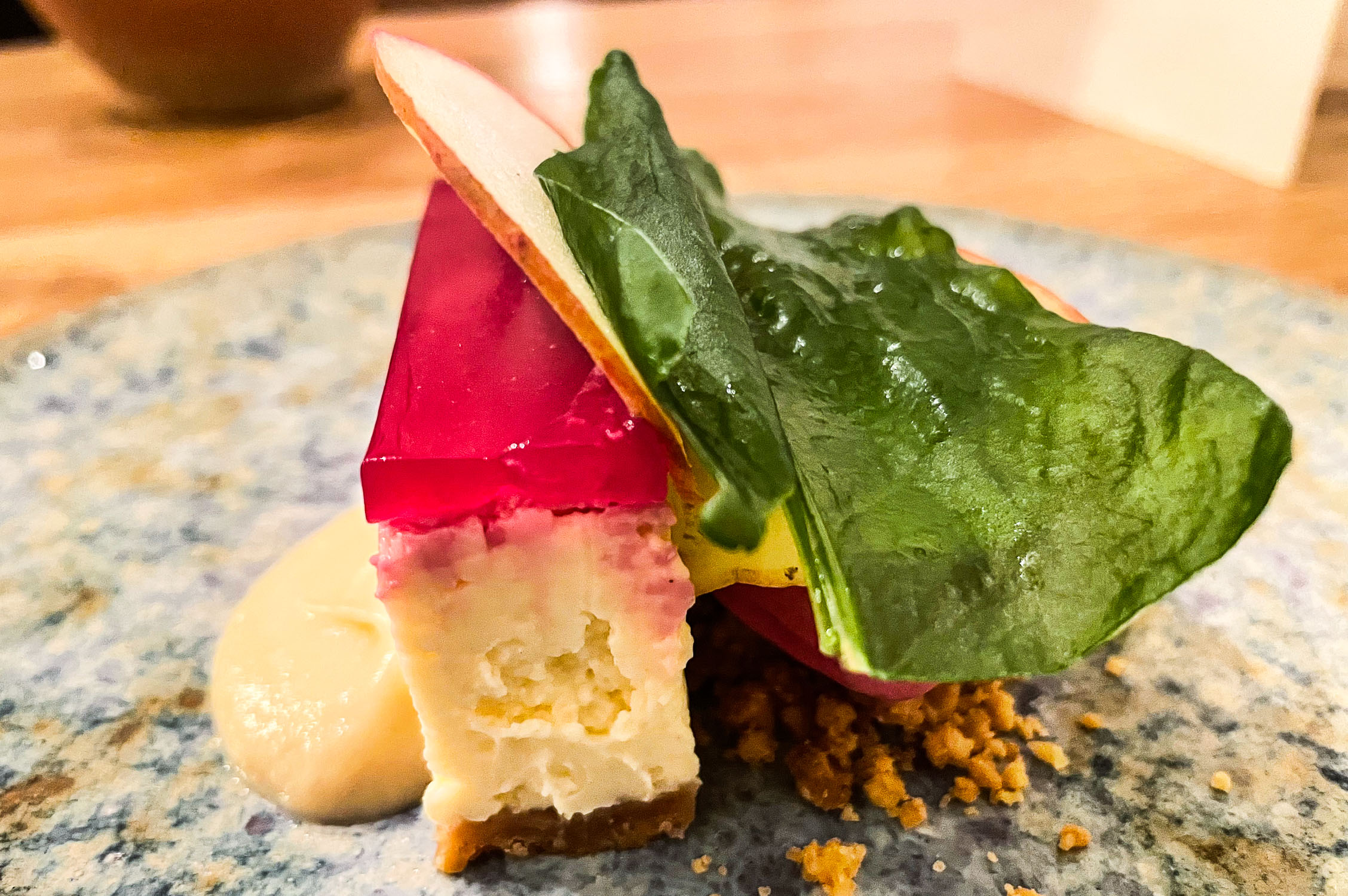 I hadn’t seen Daniel Morgan since his pop-up at Carousel in London.  After which he left a message of thanks on my blog post, adding “I hope we meet again some day”. That day was to be nearly five years later, at Robert, where he is now head chef, in Paris’ foodie 11th arrondissement.

Staying in nearby Belleville, I thought booking would be a breeze… however, Robert is only open for dinner, and it was booked solid for the week. Luckily people cancel.

I was buying wine at Les Cave du Pantheon, in the 6th arrondissement, when I got the call, “Can you make it here by 7pm?” I answered “yes”, as a yes opens up new frontiers. The next 30 minutes were a bit of a sweat as I raced across Paris to the exotically named rue de la Fontaine au Roi, roughly between the Canal Saint Martin and Belleville.

My other options to chase for cancellations had been the pop-up by Adrien Cachot at Le Perchoir Ménilmontant, also in the 11th, and Mosuke par Mory Sacko in the 14th. But I wanted to catch up with Daniel, to see a familiar face, even if he did not remember me, and to feel that there was a thread to life.

From the north of England to Paris & back

Daniel grew up in the countryside near Sheffield, in the north of England. Like me, he had had a ‘foraging’ childhood, although unlike him I do not have any gipsy blood, just Irish. He has worked at some of the world’s top restaurants: Noma in Copenhagen, Narisawa in Tokyo, Frantzen in Stockholm, and Maze, The Square and Sketch in London.  From his pop-up at Carousel, he went to Bogotá, Colombia and then back to Paris. He became head chef at Robert in April 2021 – the year he was awarded the Best Chef Award 2021 by Le Fooding.

Food & wine at Robert from the Loire

Robert is not just a restaurant. It also has a two-hectare ‘garden’ in the commune of Léré in the Loire. Each week the vegetables, herbs and fruit arrive from the garden, aptly named Le Jardin sur Loire. In addition, the garden serves Robert’s brother restaurant, Martin, also in the 11th. It is this produce that writes the menu, while the fish is wild, the meat raised ‘consciously’ in France, and the wine is biodynamic.

There is no à la carte, just the Ménu Découverte du Jardin, at €58. Eating without choosing is so much more fun: you place more trust in the chef, and It creates more of a shared experience with other diners.

There was no written menu – a sign of the times, perhaps; for each course, the waiter took the role of the story teller. My memory is visual, so unless I see the words, I don’t remember. Anyway, it is best to ‘feel’ and ‘experience’ food rather than ‘mentally analyse’ the tastes. Otherwise it is like going to an art gallery, and spending more time reading the little blurbs on the wall rather than looking at the picture.

And, yes, Daniel came out to say hello. It was good to pick up again with someone who you last met, and first met, nearly five years ago. Will I keep track of where he goes next? This time I’ll leave it to fate. But for sure, watching where chefs go, is a bit like seeing where footballers go, or where artists pop up.

The next two images have no names, no details… just memories, good memories:

Then I took the ‘additional’ dish…. the one you pay a bit extra for. It was biche, or deer. Was it from the garden? I wondered.

And so on to dessert, with the follow-up dessert being the dish in the main image…

Then it was a ten-minute walk back to my hotel in Belleville. Feeling very content with life.

Here are some notes I made about foraging when I first met Daniel at Carousel in London:

Daniel’s menu at Carousel London in 2017

As for my foraging, it’s about blackberries, mushrooms, wild apples, sea kale… and I would add the woodruff in my garden, if it weren’t for the many foxes who trot through it.

Oh, and by the way, Daniel has tattooed BUTTER on his left outer wrist and BREAD on his right. He showed me that at Carousel. I presume it’s still there.

This blog post is an update of the original article about Daniel’s pop-up at Carousel which was posted on 2 June 2017.