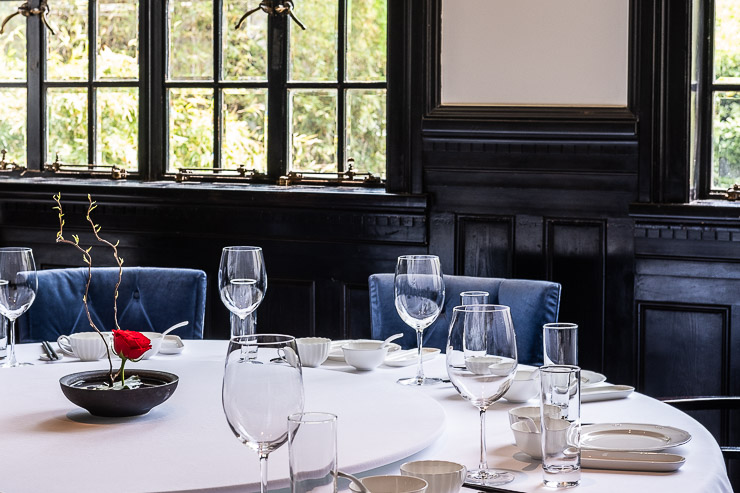 I have an intolerance to MSG – monosodium glutamate. Especially in Asia, my guard is constantly up. I flow between states of fearful fasting and ecstatic indulging.

When I was in Shanghai this April, I scrambled together a stable of safe bets, including:

At my first lunch in Shanghai, I met up with an old friend in the French Concession. He asked the waitress which dishes did not have MSG. She pointed to a soup. And oh yes, it did have MSG!

As per normal, I started to feel the effects after about four hours – nausea in the pit of my stomach, a numbness in all my limbs and a tightness in my head. It took me two days to recover.

My plan to avoid MSG in Shanghai

MSG adds a savoury, umami flavour. That’s why so many people love it. Invented in Tokyo by a biochemist in 1906, MSG is the sodium salt of glutamic acid. It is found naturally in foods such as tomatoes, grapes, cheese and mushrooms – all regulars on my shopping list. As with any produce, I am sure there is good MSG and bad MSG. I never reacted during a trip to Japan, where, I have been told, they use a better quality MSG.

In Shanghai, I asked the receptionist at my hostel to write down in Chinese on a card: “I am allergic to monosodium glutamate. It makes me ill.”

To be double safe, I also followed my gut as to whether a place looked as if it took the cheap, easy route of adding MSG, or if they really cared about making their customers happy.

Here are a handful of places in Shanghai where I found the freedom to relax, eat and enjoy:

A sister restaurant of Fu He Hui, the Michelin-starred temple to vegetarianism just round the corner. Fu 1039 is down an unmarked lane and behind a high wall.

I loved this place. Located in what was once a family house in the French Concession, and conveniently close to Jiangsu Road metro station.

They ushered me to the quieter room upstairs. The charming man who had looked after me at Fu He Hui – and helped me with my booking of Fu 1039 –popped in to help me with my order and to ensure there was no MSG.

The best dim sum ever, and no tourists, or even westerners, in the house.

Favourite places in the French Concession

First, you will not find the “French Concession’ on a Chinese map. The districts that now cover the French Concession – and it was just that, from 1849 till 1943 – are more likely to be Jing’An or Xuhui.

On the other side of the street from Fu He Hui and Fu 1039, more towards Changning district, I found this little gem, Akimbo Cafe Lab. Complete with fashion store (including Shanghai brand SMFU), coffee bar and co-working place. I did not eat here, but worth checking out. Another place to check out for fashion and coffee is DOE Shanghai, in Jing’an.

In the heart of the French concession area I stumbled across O’mills bakery, The owner had spent some time in London, so I was told, learning to make sourdough. I bought a loaf and that was what I ate on the return journey to London… so good. It is at 110 Yongjia Road.

This was my first saviour from the MSG. Green & Safe is a Taiwanese restaurant grocery chain that operates in Shanghai. They have also opened a Qimin Organic Hotpot restaurant on the other side of their store tucked away on the fourth floor of the Réel shopping mall opposite Jing’an temple.

Recovering from my MSG dose, I went for the vegetable hot pot. I was given a plate of B, and then you I cooked them in a pan of boiling stock in a hole embedded in the table. I then added Qimin soy sauce, sesame oil, chilli oil. Taiwanese satay sauce and stoneground peanut sauce.

I had a long chat with one of the people working there, who had lived for a while in Canada. Whenever I met anyone in Shanghai who spoke English, I talked with them for a long time. Not that I minded not talking the rest of the time… to go inward rejuvenates the spirit.

My favourite place for coffee was the tiny Café del Volcán coffee shop in Yongkang Road and the junction with Xiangyang South Road, More a hole in the wall and just large enough for a few people to sit down at wooden tables and chairs. I ordered the Yunnan coffee each time. So many times when I had good local produce, it came from Yunnan, a province on the border with Myanmar.

If I needed to find someone who spoke English, Café del Volcán was the place… one time I met an architect and another time a fashion designer. If I needed help trying to get somewhere, I would ask them to mark the place on the Chinese version of the Baidu Maps app, so I could show this to someone in the street. Most people do not speak or read English or Roman characters.

Between the new district of West Bund to the west and – much closer – the Bund to the east, the French Concession is a good place to be based. I loved the architecture, the cosmopolitan feel, the London plane trees, so beautifully pruned.

I can see why my friend who lives in Shanghai said to me, Shanghai is so small, it’s a village, As most people who live in the French Concession don’t get much further than Jing’an metro station – that is, if they take the metro.

The Phoenix near People’s Square

I have to make a special mention of Yunnan South Road, near Dashijie metro station, south of People’s Square. This is what my Shanghai friend said was the ‘commercial’ district of Shanghai.

Here there is The Phoenix Restaurant, on the ground floor of The Phoenix Hostel. Costing a fraction of what I paid elsewhere, here I could enjoy a plate of noodles with vegetables – made from excellent, fresh produced – surrounded by locals and a blaring TV. Also, as I was staying in the hostel upstairs, the chef know that there was no putting MSG on my food.

My last meal in Shanghai was street food-style breakfast opposite the metro station of a baokaobing, pronounced bowcowbing, a type of pancake cooked on a hotplate, like the Bretons do with their galette, with vegetables.

I showed him my little card… “I am allergic to monosodium glutamate. It makes me ill.” Luckily it did the trick… I had my sourdough bread from O’mills, my organic fruit from Green & Safe, and I was ready to fly back to London.