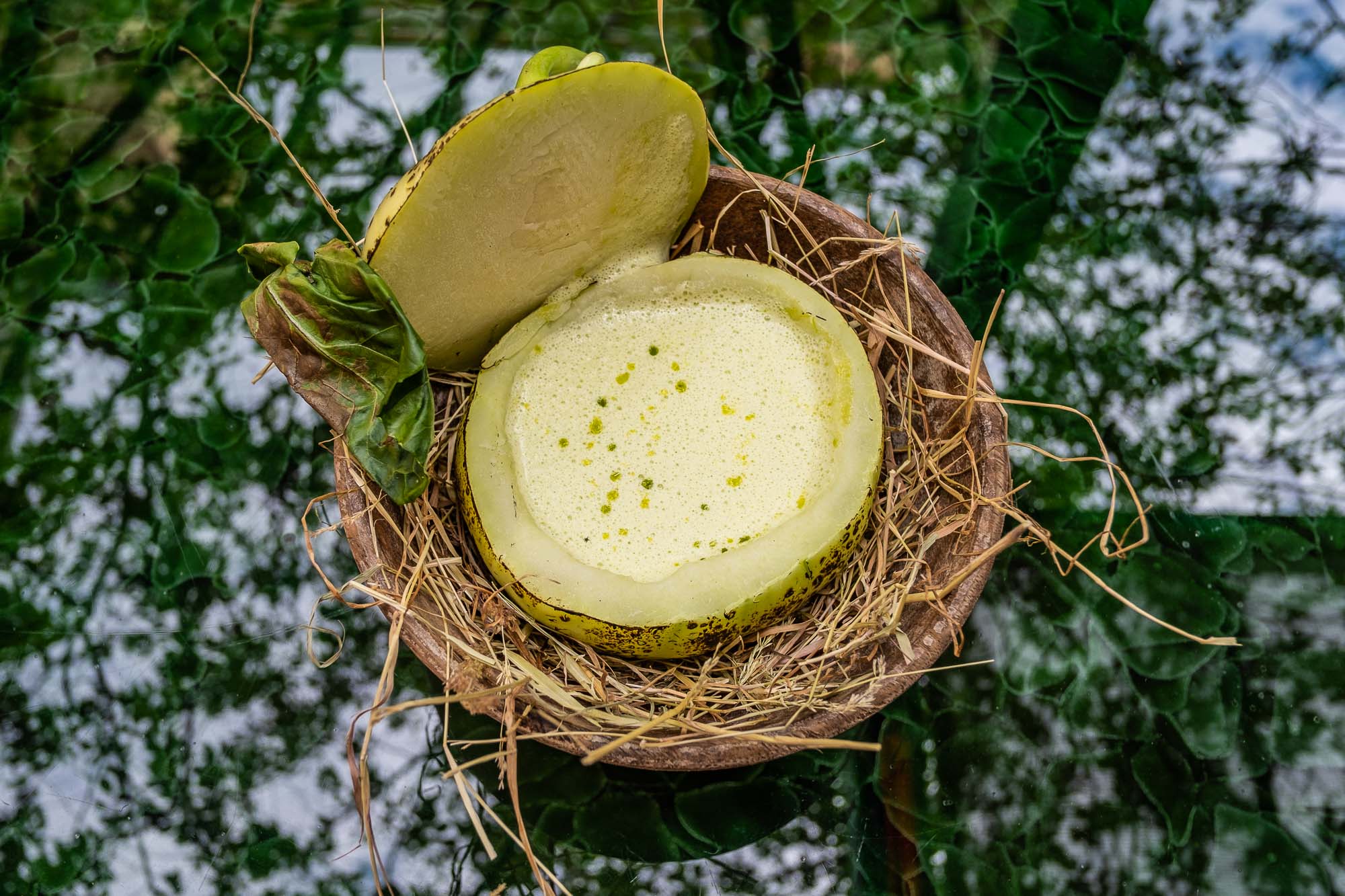 Native at Browns calls itself a zero-waste restaurant. I prefer to boil down any mention of zero waste, foraging or sustainability to ‘circular’ eating – a mindset, a conscious approach to the circularity of life, rather than something to be weighed and measured.

I went along to sample Native’s Garden Bites, and to sit in the Courtyard at Browns Fashion in Mayfair, where Native opened as the in-store restaurant on 12 April – the date when Londoners could finally return to outside dining. Wait until May, and you’ll also be able to eat inside, in the main restaurant, which looks equally appealing.

Imogen Davis, the co-founder of Native, together with chef Ivan Tisdall-Downes, certainly have the circular-eating mindset. A friendly chat with Imogen, as I was waiting for my Bites to arrive, quickly established that she knows her producers well, and she cares about how food is grown, cooked, served, enjoyed and recycled.

Native may be about being ‘native’, but there’s a deeper level – an experience of magical realism and of beauty, in the taste, flavour and texture of the food, and in the experience. My visit was a welcome uplift at a time when Covid has made us realise the preciousness of every moment of our lives. Food is not wasted at Native, and neither is time.

Food, fashion & design, all in one place.

Native’s Garden Bites menu is served in the courtyard garden at Browns Fashion, which has moved to a Georgian townhouse refurbished by Red Deer Architects in Mayfair’s Brook Street, at the bottom of South Molton Street, the site of Brown’s original home for many decades.

The courtyard walls are a light salmon colour and the greenery is lush, with textured ferns, vertical foxgloves, purple tulips and delicate snowflakes. The walls of ivy and strong verticals of silver birch trees bring a third dimension. But then this is the work of Rosebank Landscaping, my favourite garden designers.

A dry martini for when you’re on the rocks

I’d had a tough morning, so I started with a cocktail… a Rock Samphire Martini, made with Mermaid Gin, The rock samphire, otherwise known as sea fennel, was foraged from the Kent coast. Oh how I love a salty-sweet combo.

For me, this was a brave move. My last dry martini had been in a restaurant in New York’s Upper West Side, where I’d arrived straight from a trans-Atlantic flight. My dining companion warned me that a stiff drink was not best taken after a long flight. And I didn’t listen.

At Native, a few sips of my Rock Samphire Martini and I was almost climbing the cherry tree. With cocktail in hand, I jokingly said to Imogen that it was now too late to take her portrait. But then this was my first restaurant outing for nine months (apart from during my trip to Zurich). In many ways I was relieved to feel ‘off-duty’.

April is cherry blossom season, and in the centre of the courtyard at Browns Fashion is a mature, multi-stemmed cherry tree. Earlier in the month, the staff had been out catching the falling blossom. The chefs then fermented the petals to create my first Bite, the Kohlrabi & Cucumber Ajo Blanco with Cherry Blossom, served on a bed of hay. It was a take on the traditional, cold Spanish soup, but with cherry blossom rather than almonds.

I ordered four dishes out of the 12 on offer from the Garden Bites menu. The dishes change with the seasons and the availability of produce. As well as the soup, I ordered …

Native Fillet O’Fish with Seaweed Tartar, Brown Crab Rarebit, Brioche – a take on the McDonald’s original. Imogen made the plates herself out of vegetable resin and specks of seaweed:

And then, finally, to round off my meal, a Caramelised Honey & Seaweed Truffle – with a couple of bites missing:

A trip to Osea Island?

If you go through one door in life, another always opens. The next door calling is to take the trip to Native on Osea Island in Essex. Eating oysters & seafood on a small island reached by boat at high tide, and within a day trip from London? Sounds good to me. I’m also looking forward to returning to Haeckels in Margate this summer for a seaweed wrap. I can’t get enough of seaweed and the sea, especially post the Covid lockdowns.