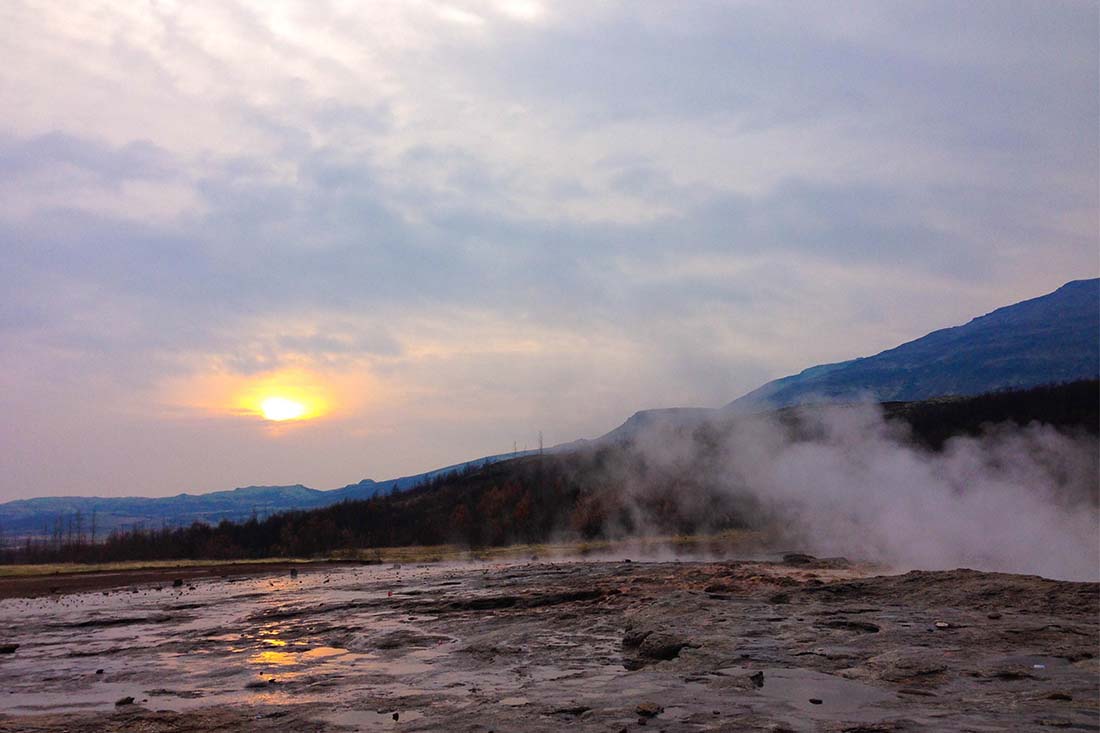 16 Sep The Northern Lights in Iceland

Posted at 08:49h in Europe by Gina Power 0 Comments
Share

The end of September brings back memories of my four-day trip last autumn to see the Northern Lights in Iceland.

“You’re going at the wrong time of year. It’s too early for the Northern Light,” my Icelandic friends said.

After September, the average temperature falls to single digits; far too cold, especially when I had decided to experience the wilds of Iceland on horse-back.

Coming down to land at Reykjavik airport was like landing on Mars: desolate, no trees, wide expanses, dark, volcanic soil and rock.

I went riding for three days with Ishestar, exploring the southeastern part of the island.  I fell in love with my horse (Icelandic pride means that their native ponies are called horses), and the evening lamb stews in the farmhouse where we stayed, made with the most delicious vegetables, all grown on the island using geothermal energy.

The Northern Lights in Iceland

As for the Northern Lights. I had imagined bumping around in a 4×4 to the top of a desolate hill to peer up to the sky. But no, after a hearty supper, we sauntered out to the yard to find a stellar (unspeeded-up, as on YouTube) spectacle in the sky.

I spent the last day and night in Reykjavik, exploring the food scene. I uncovered a super hipster town with a relaxed, young population. The high birthrate must be down to the long winter nights.

The country has a strong foraging scene, especially for bilberries and crowberries, wild herbs,  moss and birch, seagulls’ eggs and mushrooms.

And Icelandic people like to laugh. Despite the cold weather, the people are cheery and the vibe is cosy, as befits the second happiest country in the world, after Norway.

Other great things about Iceland

What I would do next time