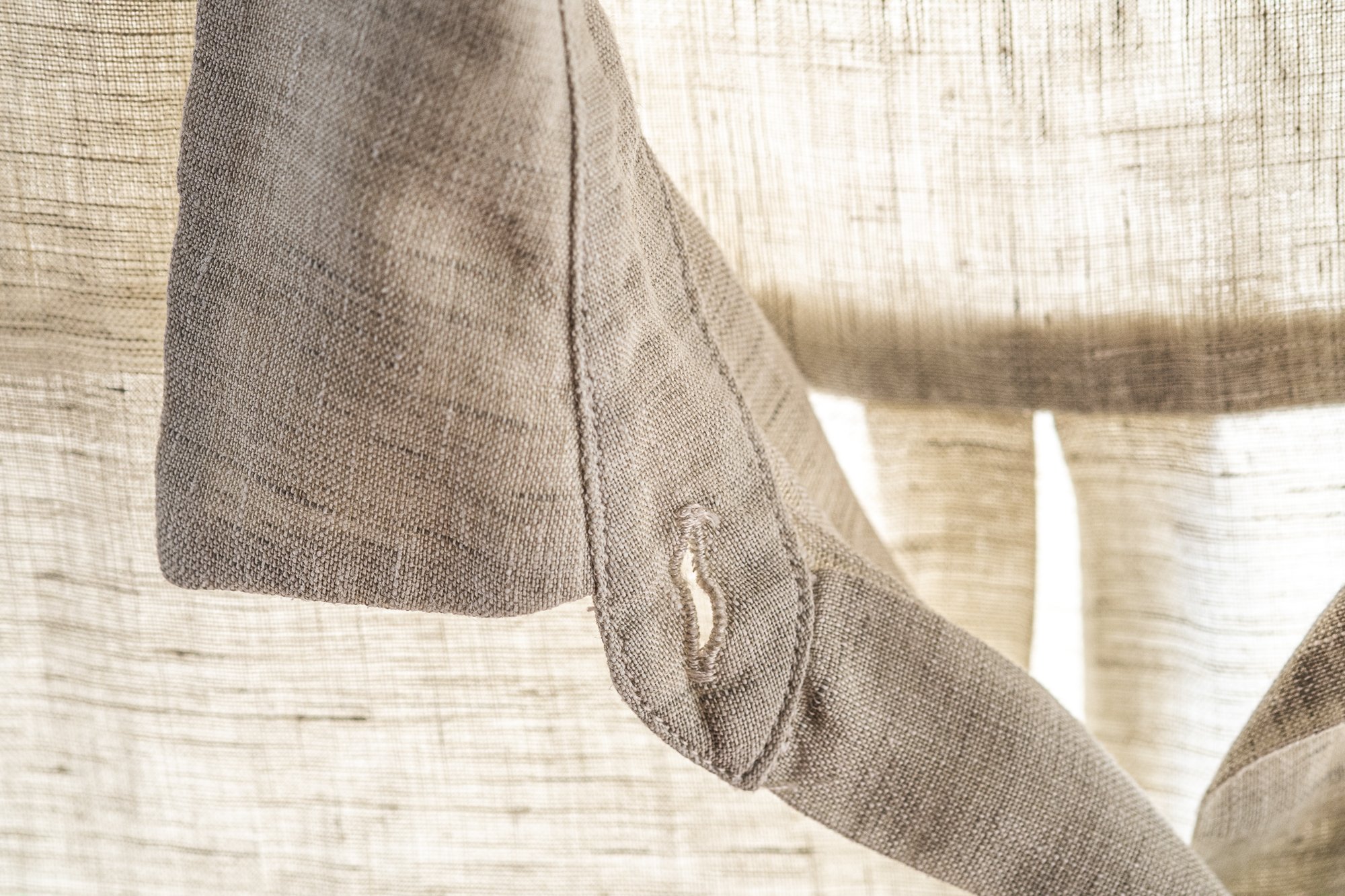 16 Apr Knowing your linen from your flax

Homemade sourdough was so on trend for 2020. With the start of Fashion Revolution Week on 19 April, how about switching to weaving our own linen for 2021? It’s what our ancestors used to do.

First things first. Linen is made out of the long fibres of the flax plant. Half of all flax produced in the world comes from the fields along the coastline of Upper Normandy, in northern France. In French, flax is lin and linseed is graine de lin, which I put on my porridge each morning.

“From the early Middle Ages to the 18th century, households cultivated the exact amount of flax necessary to fulfil their needs,” said the Fashioned From Nature exhibition, which opened at the V&A Museum in 2018 in London.

And it wasn’t just anyone and everyone who wore linen. Louis XIV, the world’s longest-serving monarch, the Sun King, as he believed he gave life to everything and everyone, wore a linen undershirt back in the 17th century. It kept him cool in summer and warm in winter. Hence why linen gave its name to ‘lingerie’.

As the years rolled by into the 19th century, the big cotton mills took over. The home-spinners put their looms away and went to work in the factories.

The Belgians introduced the flax plant to Normandy in the 1930s. Since then, the flax fields have stretched along the coast, from Caen up to Dieppe, and beyond, to Amsterdam. This has made Normandy famous not only for its cider, cheese and seafood, but for its flax fields, which turn a delightful shade of blue in June.  The flax capital of the region – with a mere 2,500 inhabitants – is 20 minutes from the coast, at Doudeville – where the annual linen festival takes place each third weekend in June.

With the humidity blowing off the muddy waters of the English Channel, or La Manche as the French call it, the flax grows strong here.  The soils are also rich.

Linen, the eco alternative to cotton

The other ecological benefits of growing flax, and in particular growing flax in a region where it grows quite happily is that:

Cycling through seas of blue flax

From seed to fabric takes 100 days. The flax plants grow to about a metre high. As classified by Scottish flower painter Patrick Syme, the flower is a Berlin blue with a slight tinge of ultramarine. In form, it is similar to a perennial geranium.

Oh, how I long to see these fields of blue in June, especially against an azure sea and a blue sky. A fleeting moment of around ten days.

The Linen Cycle Route is a 75km route from Fécamp to Dieppe. The route stops off at the Terre de Line cooperative, in Saint-Pierre-Le-Viger, which produces 15% of the world’s linen fibre. A visit to Étretat, popular with Monet, Sisley and Pissarro, might also tempt me to extend my stay. Perhaps, at Le Castel de la Terrasse.

Whether you are heading off to stay in a hotel or a camper van this summer, linen clothing has other advantages:

Taking the creases out of linen

Yes, I know, linen has a reputation for creasing, but remember, like cotton, there is linen and linen. It all comes down to how the fibres are spun, and the fabric woven.

Not all linen looks like a walnut once washed a few times. The advantage with the textured look is that there’s no need for an iron.

Oatmeal – and not just on porridge

When we think linen, we also think of white, or the colour of oatmeal. (All my linen is oatmeal and white.) That’s because in days gone by, linen was difficult to dye, but times have moved on. Thank goodness. Linen is now available in all colours of the rainbow, and more.

If you’re still not convinced, the European Confederation of Flax & Hemp says: if all French people bought a linen shirt tomorrow, instead of a cotton one, it would save the equivalent of all Paris’ drinking water for a year.

Fashion Revolution Week takes place on 19-25 April 2021. To create a better industry – for people and nature. You may be interested in my other posts on France.

The Hoxton Hotel in Paris launched Camp Hox in May 2021. No doubt the trip sold out within hours. The one launched in London did. A mapped-out trip in a camper van, with campfires, wild swims and BBQs. Ingenuous. The itinerary went through Normandy like this for the four days:

Where I want to go next time

A retreat at Les Tilleuls in Etretat is what I need to boost and align my mental, physical and spiritual energy. So I’ll just put that wish out there. Not sure I would stay there, as you need to cross a D road to get to the beach… D roads are not main roads, but that act of stopping as you wait for a break in the traffic is enough to stop the flow.