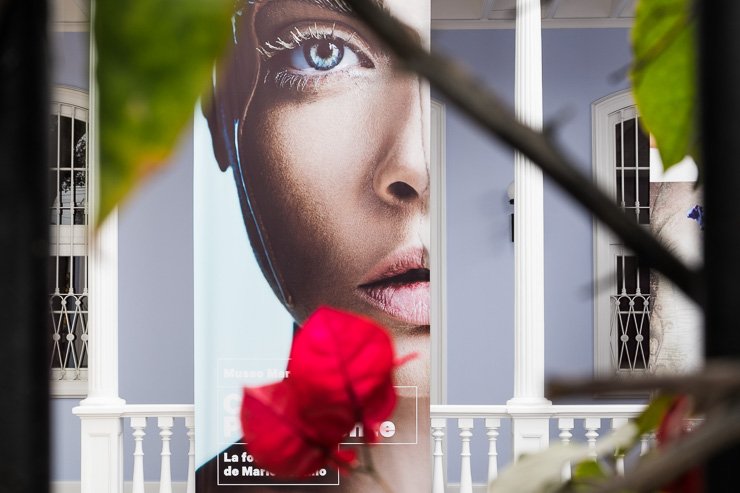 16 Nov Lifting the fog on the Pacific city of Lima

If you’d asked me 2 years ago to name a famous Peruvian, I wouldn’t have got further than fashion photographer Mario Testino. I took a taxi down to his MATE museum, as in the featured photo, when I was in Lima this October. Unfortunately the museum was closed.

It did make me wonder, though, how such a world-famous photographer can come from a city covered by a blanket of cloud if not fog from May to November that produces a dull, diffuse light. It made me hanker after the changing climate and light of London.

Another famous Peruvian I can now add to the list is Virgilio Martínez of Central, ranked as the world’s 4th best restaurant.

And then there’s the writer Mario Vargas Llosa, who won the Nobel Prize for Literature in 2010. Mario was born in Arequipa, home to the world’s deepest canyon – deeper than the Grand Canyon. So let’s say there are 3 famous Peruvians in my world. Now back to Lima.

10 things I loved about Lima

Lima has character, and movida, movement, but you have to eek out the beauty.

Apart from Central Restaurant, which is in a league of its own, the top 10 things I loved about the capital of Peru during my 55-hour visit were:

4. The ceviche is good… the raw seafood dish that made Peruvian cuisine so famous. I had my ceviche at Canta Rana in the district of Barranco… the fish was cojinova, one of the classic ceviche fishes. The ceviche, with its raw onion and lime juice, herbs and red chilli, was served with corn, or cancha, as it is called locally, and sweet potato… and as for the salted, roasted corn, that came as an appetiser, it was very moreish.

If you venture one district south of Barranco, to Chorillos, I was told that there are plenty of little ceviche places by the Playa Pescadores, the Fishermen’s Beach, including, nearby, another Lima ceviche institution, Restaurante Sonia.

5. Barranco by day … I loved Barranco, the district where once the rich of Lima had their summer houses. Barranco is more hip than Miraflores, but it is still very much where the better-off Peruvians hang out… and just a 15 new sole, or a US$4 or so taxi-ride from Miraflores

With the MATE museum closed, I dropped into the neighbouring Pedro Osma Museum, where I learnt the role of art in subjugating the local population after the Spanish conquistadores arrived… my God their regime was brutal.

I would have also liked to have eaten at Isolina, a taberna-type restaurant which has rave reviews… but I can only eat so many meals a day.

6.  Barranco by night … that’s where everyone (with money) goes. I ventured down to Ayuahuasca Restobar for a pisco sour … and no they don’t serve the eponymous psychedelic tea from the Amazon that has become so popular in spiritual ceremonies. I was slightly put off as all my neighbours at the bar were British, but then it does rank high in the guide books

7. The Larco Museum in Pueblo Libre – packed with amazing treasures from Ancient Peru.

I have never before had such stylish, free service at the entrance to a museum…

Lots of artefacts reflecting the abundance of food in Peru (although some people are so poor nowadays that they are forced to sell almost everything they grow, not leaving enough to feed themselves – that’s what I was told by two Spanish aid workers who I met when travelling from Cusco to Lima)…

8. Stocking up on avocado sandwiches and cakes for the flight back to London at El Pan de la Chola, a fabulous bakery on Avenida Mariscal La Mar, in the northern part of Miraflores. This is where people come to chill out during the day, listen to the music, have a coffee, a juice, a bite to eat.

In that same street, there are a lot of flash ceviche restaurants, including La Mar Cebicheria, part of the culinary empire  of celebrity Peruvian chef Gastón Acurio… I felt I had ‘done’ him as I had eaten at Chicha, in Cusco.

Others in this unprepossessing street, as below, include Pescados Capitales (capital sins) and El Mercado, part of the Rafael Osterling empire.

8. The modern art – I especially liked the works of Gerardo Chavez – as well as the traditional artisan work, such as that displayed by the non-profit artisan organisation, Artisanos Don Bosco in Barranco. The organisation is named after the Italian priest who founded it with the aim of keeping alive the crafts of Peru.

It was Artisanos Don Bosco who had made the book I was given by Central Restaurant, with its pages made out of cotton and embossed with seeds and leaves.

9. The carved balconies and stone entrances of  the conquistador houses in the city centre. The balconies were made out of cedar, used as ballasts in the boats.

10. Staying in Miraflores, as then it is easier to get to the city centre to the north, to the airport, or down south to Barranco. I stayed in a B&B, Residencial Miraflores, a home-from-home experience.

The Saicos were the world’s first punk rock band, announces the plaque outside the Revolver art gallery in Miraflores. They made their first recording in 1965. And, oh, the limeños are so nice, the art gallery itself was closed, but the man on the door still let me in as he said he didn’t want to see me “disappointed”.

The garúa cloud hangs over Miraflores

How much I missed not just the sun, but more importantly the play of light, which is well nigh impossible with a blanket of low-level cloud or mist, or garúa, as they call it.  The rich and semi-rich limeños live in Miraflores and Barranco. Here you will find a lot of the good hotels and restaurants.

The Incas ruled for only 150 years of the more than 10,000 years of cultural evolution in Peru. I found that out at the Larco Museum The centre of town is, for me,  a 1960s’ disaster, with lots of ugly buildings. Despite a few old buildings here and there, it lacks the magic of Cuzco, but it’s worth a visit… not for long… and be careful with your camera, everyone warned me.

The centre of town is, for me,  a 1960s’ disaster, with lots of ugly buildings. Despite a few old colonial buildings here and there, it lacks the magic of Cuzco, but it’s worth a visit… not for long… and be careful with your camera, everyone warned me.