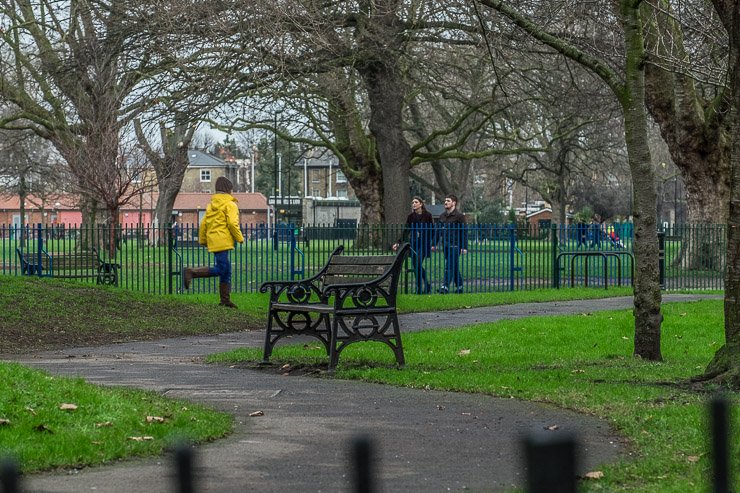 UPDATE: Ellory closed in March 2018. The same month, founders Jack Lewens and Ed Thaw, with chef Sam Kamienko, opened Leroy in Shoreditch’s Phipp Street – easier to get to from across London. It’s more like a Parisian wine bar, I am told. Must go and check it out. Jack and Ed have also gone into the wine business, with a few others, including Michael Sager of Sager & Wilde and Bruno de Conciliis, in Campania.

Ellory was awarded its first star for the 2017 Michelin Guide.  Yes, stars do count… I like them, and other people like them, and London is a ‘city of stars’, only beaten by Paris.

I’m also discovering that I like London Fields, where Ellory, a ‘neighbourhood’ restaurant, is located, a couple of minutes’ walk from the park. You have to understand, I’m a North-West Londoner & I don’t often venture East.

The Michelin Guide accurately describes Ellory as an “unpretentious, stripped back restaurant” with “modern dishes” which are “original, attractive, perfectly balanced and rich in flavour”. The focus is on the food & wine against a backdrop of an easy-going vibe and good music selected from an amazing vinyl collection.

At the helm are two sommeliers: Jack Lewens, ex River Café and Spring Restaurant, as well as spending time in China, and Ed Thaw, ex Sager & Wilde, from just down the road. Head chef is Sam Kamienko, who worked, among other places, at Le Verre Volé, one of my favourite Parisian haunts.

London Fields – all in the name

I ummed and ahed about what to call the location of Ellory. Was it London Fields, the East End, Hackney, E8? Martin Amis chose London Fields for the name of his eponymous novel, ironically set mostly in West London. It was the kind of title that was “present all along”, he wrote, “it lives and breathes, or it tries, on every page”. And so it was that I too went for London Fields.

For me, the name London Fields evokes an allegorical place of dreams. The open fields were once used by drovers to graze their livestock on the way to market in London… they are now long gone. And Ellory itself is a Cornish name reflecting happiness, and associated with swans and elder trees.

Some of the buildings around the park are pretty and historic; others are characterless and dull. It’s the people who live here who bring the area to life: a rich blend of hip 20 to 40 somethings (my son would say the offspring of the rich of the West End) and local communities from a diversity of countries from around the globe. And they all get along – or at least 90% say they do, according to a council poll.

I went along to Ellory earlier this January for their first Wine Tasting Tuesday – a tasting of four wines for £10. A bargain, I thought. I also ordered a few plates of food. I like to eat when I drink. Ellory is about small plates, for trying, for sharing.

Now, I’m not a wine expert, but I found the four wines on the first night offered a diverse and interesting choice. All European, as is the wine list at Ellory, but that’s fine with me; Europe, after all, is home to most of the world’s great grape varieties.

What I ate at Ellory

The menu changes daily. Everything looked appetising and interesting. I started with Jésus du Pays Basque saucisson made from rare breed pigs in the Basque Country. I chose it more for the name, as I had not eaten ‘Jesus’ since taking Holy Communion… a while ago. The Bourgogne Aligoté – a wine often used in Parisian cafes to make kirs – was a perfect companion.

Then I went on to Monk’s Beard, Clams & Winter Tomato … monk’s beard is similar to samphire but finer in texture and without the overwhelming salty taste; the name comes from the beard of the Cappuccino monks in Tuscany, which is where it originates from. A sprinkling of bottarga, Italian salted & cured fish roe, really capped this dish.

For the monk’s beard I moved on to the white Donnaluna wine produced by De Conciliis, a family business where Jack used to work. The upside-down name on the bottle marks that the wine for this vintage was left to ferment on the skins (to give more structure). The regular vintage – popular with some drinkers, especially in the US – has retained the name the right way up.

Finally, I went for the Cuttlefish, Fennel & Lardo … so succulent, so flavoursome, a trio of tastes that really works, especially when taken with the Sierra de Gredos garnacha, which for me was a real winner… full of character, like the mountainous area of central Spain where it comes from, and where probably not much else can grow apart from vines.

Final verdict: this will be my first of many Wine Tastings at Ellory.

Each year I do a desire list, and for 2017 one of them – among about 20 – was to get to know the East End. I went back the following weekend to visit London Fields and to take some more pictures. The weather forecast was ‘sun’. The reality was clouds followed by rain. The problem with staycations in England.