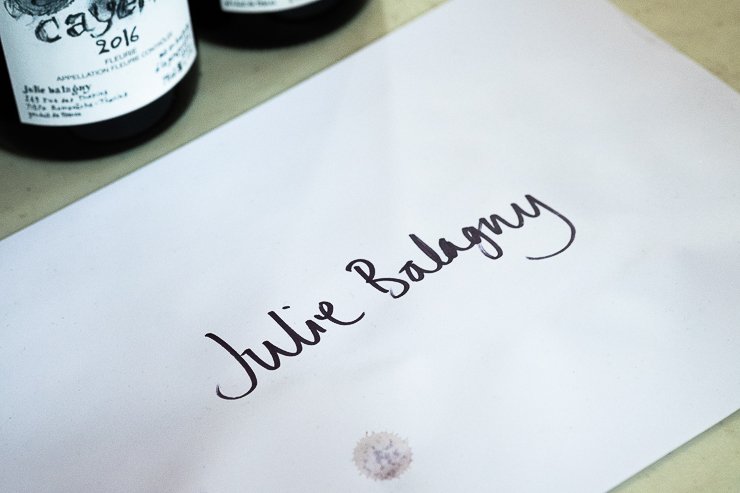 I’m experiencing the Baader-Meinhof phenomenon. Everywhere I look in London, there’s natural wine.  First the annual Spring (natural wine) Tasting event in Clapton last weekend; and then in a few weeks’ time the opening of Neptune ‘neighbourhood’ Restaurant, part of the (new) Principal Hotel in Bloomsbury.

The ‘ever-evolving’ all natural wine list at Neptune is put together by Isabelle Legeron, founder of the RAW WINE Fairs, which at the time of the Neptune opening is holding its 14th fair, this time in Berlin. The food at Neptune is ‘modern seafood-focused’. The restaurant has its own oyster bar.

Neptune is a venture of Australian-born chef Brett Redman – the name behind Elliot’s (all natural wine) in Borough Market and the two Jidori yakitori restaurants – and Texan-born Margaret Crow, once stylist for Russian Vogue and i-D, now reborn foodie and whose friends include many a London fashion celebrity.

This will be some place. The pair were also behind The Richmond gastropub in Hackney; renowned for its oysters, being a place of fun, for its lock-ins – that’s when you lock the door and continue to party – and for fashion designers Christopher Kane and Henry Holland dancing on the “graphic” black and white floor…. or at least according to the London Evening Standard.

Natural wine is meant to be just that natural. At Neptune, it will be served in an atmosphere of glitz, glamour and fashion. Strange bedfellows, or not?

From my experience, the best wine producers are grounded and true to their natural, creative selves. They have to be to survive the environmental vagaries of producing natural wine. This provides them with a passport to fit in anywhere, and to become stars in their own right, alongside the artists and the fashion designers. Do natural wine producers have fashion style? I’m not so certain.

Even more natural wine in London

Other new restaurant openings this spring in London favouring natural wine include:

Wow! London has never been hotter – apart from the weather.

What is natural wine?

As Isabelle Legeron says in her book Natural Wine: “Natural wine is not new; it is what wine always was, and yet, somehow today it has become a rarity. It is a tiny drop in a big ocean, but, oh my, what a drop.”

However, the ‘natural’ line is hazy, and I usually need to rely on someone who knows the producers – or to meet them myself and taste their wines at events such as the Spring Tasting. The wine doesn’t have to be certified organic. Often ‘organic’ is not much more than a marketing label. Instead, it’s about wines produced with minimum intervention, working with nature and the environment, and made from the heart – in the same way that a chef cooks a meal or an artist creates an artwork.

Oops, last year I erroneously called this event the Spring Fair. It’s organised in Clapton (part of Hackney, of course) by Tutto Wines and Gergovie Wines, who also run the 40 Maltby Street restaurant.

I arrived bang on the dot for opening at 11am. I was suffering from having done a hard-core, late-night session of yoga the night before… the others inside were suffering from a different type of fatigue, which is what happens when you put a bunch of wine producers together.

Here are some of the random people I met and the wines I liked. Will their wines be in any of the new restaurants? I don’t know. Natural wine producers tend to produce small amounts of wine, and if their wines are good, there’s never enough for everyone.

I liked all four wines I tasted from Julie Balagny‘s vineyards in the Beaujolais appellations of Fleurie and Moulin-à-Vent. Julie is based in Romanèche-Thorins, famous for being the base of one of Burgundy’s big-boy wine merchants, Georges Duboeuf.

At the P Franco wine bar, opposite the Round Chapel, I bought a bottle of Julie’s Cayenne 2016, produced from Gamay grapes grown in a part of her 5-hectare Fleurie vineyard on basalt soil.

I also loved her labels, by Delphine Chauvin, local to Burgundy. I asked Julie about the seXappeal label… because the wine was very tender, she said. Yes, that’s my kind of sex appeal.

I went to Fleurie with Clos Driver Wine Tours, when we visited cousins Romain Zordan and Yann Bertrand at Château de Grand Pré. It’s an easy drive north of Lyon.

I met Aurélien last year. His wines were so good, like Julie’s, that I drank all my tastings… no spittoon for me. This year he came along with two wines available for drinking now – a Gamay (more normally associated with Beaujolais than Aurélien’s region of the Auvergne) and a Gamay with Chardonnay.  Both are on my shopping list from Gergovie Wines, when I next go to Maltby Street market. The other two wines were not quite ready – a Pinot Noir with a bit of Chardonnay and Gamay, and then a Gamay grown on more volcanic clays.

I loved his new, very graphic labels. Before making wine, Aurélien was, and still is, an artist. He had another ‘secret’ bottle of wine hidden under the table that he served selectively – I was happy with my four tastings and had no need for a fifth. 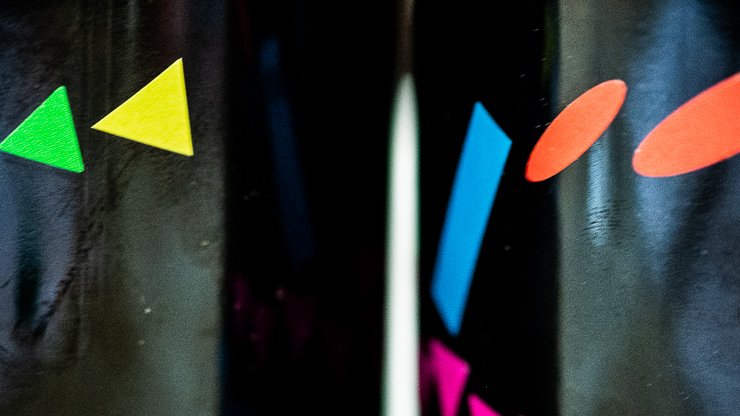 Spring Tasting – more popular than ever

The clock is an hour behind. It was actually 12.05… and packed after just one hour on a Sunday morning! With another five hours to go. In the forefront, with long white hair, a moustache and glasses, you can see Gabrio Bini, who makes wine on the Italian island of Pantelleria. I met him last year.

The Loire is the No 1 wine region in France for natural wines. Followed by Beaujolais – home to the ‘father of French natural wine movement’, Jules Chauvet, who died in 1989 – and then Alsace. Why? I am not sure. Please tell me if you know.

The capital of the Loire, Angers, is referred to as the capital of natural wine. I’ve been to Angers, once. I hitchhiked as a student from Paris in a day, to see a friend in Angers, who wasn’t in, so we hitchhiked all the way back to Paris. The days before mobile phones! My great-grandmother’s family was from the Loire, from Tours. I only discovered that recently, as one does with family history.

I wanted to taste Jérome’s Le Fil Rouge as I’d seen it on the wine racks at Cornerstone Restaurant in Hackney Wick. A nice red for summer. Definitely one for me… and no sulphites added, as it says on the bottle – soufrer n’est pas jouer. 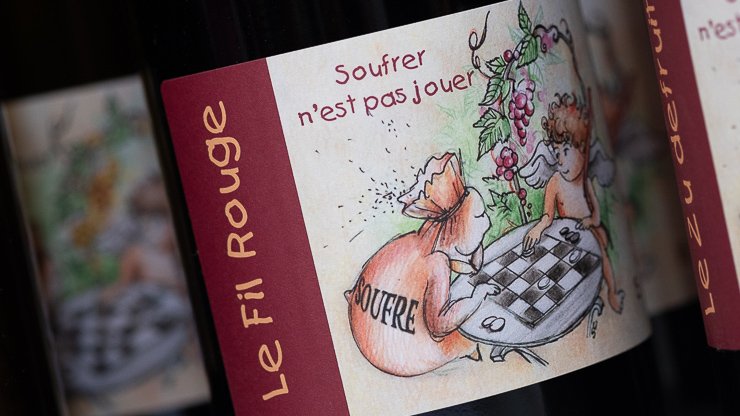 The Spring Tasting is a chance to have a good chat… no less so than with Jean-Pierre Robinot, former Parisian natural wine bar owner, and now vigneron in his native Loire. He likes to listen to his wines. Jean-Pierre wins my prize for the best-dressed wine producer at the fair. 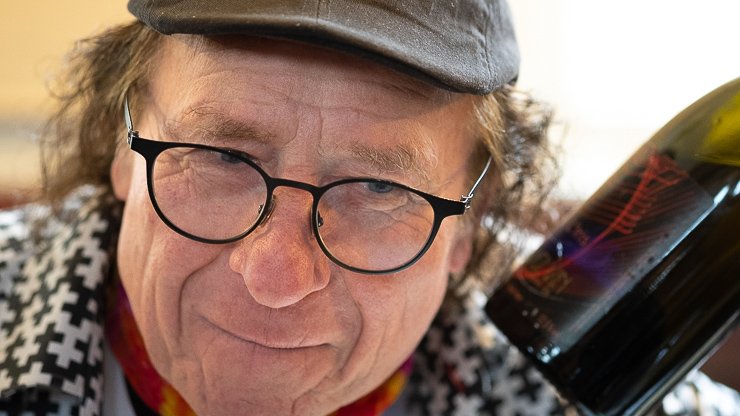 Once a sommelier at La Pyramide restaurant, in Vienne, south of Lyons, Jean-Christophe’s two Loire wines, La Roche Bézigon and Bezignon,  went down really well. The unique taste – so I read – is partly down to his using a basket press, which presses the grapes over the course of several days. Both are Chenin Blanc, with slightly oxidised notes of ripened apple and quince.

No picture unfortunately – I was too busy talking to a sommelier from Paris who I had met at last year’s tasting. That’s how the world of natural wine goes.

Sébastien Bobinet is an eighth generation wine producer from the wine region of Saumur, in the middle Loire. He works alongside former sommelier and dancer Emeline Calvez. I was attracted by his pet’nat, or natural sparkling to you and me, Du Rififi à Beaulieu. I had grown up near the English Beaulieu, in the New Forest. A mix of Chardonnay and Chenin Blanc. Give me this any day as an alternative to Champagne from the supermarket.

Here is Sébastien – on an April day when the temperatures maxed at around 8C – with a bottle of Les Gruches, made from two plots of Chenin Blanc grown on limestone.

Sébastien Dervieux is otherwise known as Babass. Why Babass? I’m not sure. There’s a famous French comedian called Babass, but it’s not Sebastien.

Babass is based in Chanzeaux, south of Angers, where with Jean-Christophe Garnier he organises Les Vins Anonymes, a natural wine fair held every February with producers from across France. Unfortunately it’s just for professionals.

As the Parisian sommelier that I’d also met last year said to me… Sébastien’s wines are made with ‘feelings’, with the heart. This produces wines that make your whole being feel good when you drink them – it’s a holistic sense that does not have a name.  As human beings, we have far more than just the five senses.

My next challenge with my blog is to choose the next restaurant for Gina’s London Jaunts.

I have a lot of Neptune in my astrology chart – all about inspiration and spiritual enlightenment. Maybe I’ll wait till the mood strikes and, you never know, it might take me to Neptune... breakfast with a glass of wine and a plate of oysters at the bar sounds perfect! Especially if it’s cold, grey and rainy like it is today.