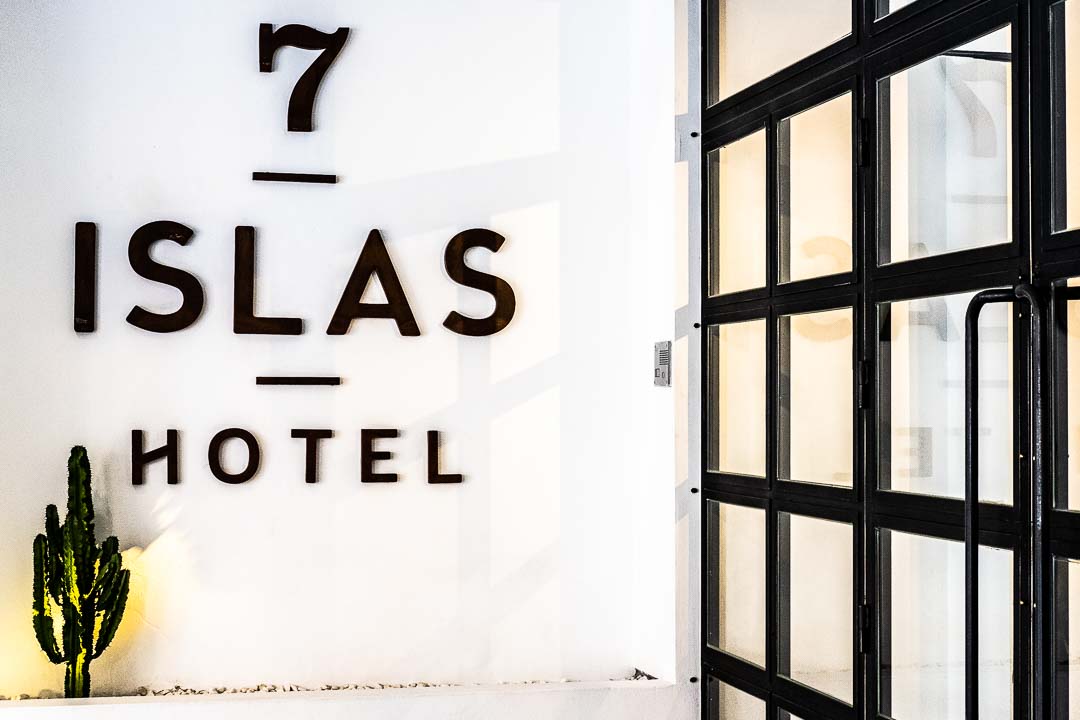 Sometimes the most obvious is the least noticed. It took Igor Ramírez García-Peralta, founder and editor-in-chief of Soler Magazine, to point out to me (and an audience at the Central Cultural Conde Duque in Madrid) that getting a coffee in Madrid before 10am is a monumental challenge.

I was in Madrid for the Monocle Quality of Life Conference this June, the same week when the thermometer hit 42°C, that’s nearly 110°F.

Madrid, a city made up of districts, like villages, is about as far away from the sea as you can get in Spain. It is Europe’s highest capital city – bar Andorra La Vella; raised 700 metres up on an arid plan known for its three months of infierno (hellish summer heat) and nine months of invierno (winter).

Arriving two days before the Conference, and after an absence of 25 years, I discovered a new Madrid. This was a Madrid brought to life by a culture of entrepreneurship that grew out of the hardship years of the Great Spanish Depression of 2008-2014.

Madrid has fewer tourists than Paris or Barcelona, and is small enough to walk to most places. Local still reigns. Hot weather permitting, over four days I discovered districts that I had passed over when working there as a journalist, visiting from Barcelona.

These districts were – placing my compass just west of Plaza Cibeles – Las Letras and (a reborn) Chueca in the centre, Lavapiés to the south, and Malasaña and Conde Duque to the north-west.

When I arrived, I stayed two nights in the old town area of Las Letras, across the road from the Prado Museum, and a short walk from the Plaza de Cibeles, where there’s a stop for the airport bus.

Watching my budget, I stayed in a CH, a casa de huéspedes, Alojamiento Jaen, an old-fashioned guesthouse, run by a young couple, at No 5 Cervantes Street. The street takes its name from the Spanish literary hero of Don Quijote fame, Miguel De Cervantes, who used to live at No 2.

My room looked over the rooftops to the back of the street. I would wake up every morning to the sound of swallows chirping as they darted across the blue skies.

Coming out of Alojamiento Jaen, on the right, is the flagship store and atelier of fashion designer Ulises Mérida. On the left is Real Fábrica Española, a store on a mission to discover and conserve the best craftsmanship in Spain.

To take home – I am a sucker for anything of quality and local – I went for turrón from Alicante and a woollen blanket (which I will wear in winter) from Grazalema, a village near Cadíz, in the very south of Spain. Shame I had hand luggage only.

I was also tempted by the washed linen tableware made by a group of ‘vulnerable’ women in Asturias. But I shop by need and desire, rather than just desire.

For breakfast in Las Letras, I went to Acid Café. And, hey, it opens at 8.30 on Monday through to Friday, except Tuesday, when it closes. Weekends follow the Igor maxim of not opening before 10am.

The coffee comes from La Cabra in Denmark, the conversations flow as easily as the music, and the owner is from Argentina, and speaks perfect English… and they have their own house kombucha.

For breakfast I had a scone with homemade lemon curd, and coffee, of course. I returned for a lunch of their Garbanzos Bowl, with roasted chickpeas, smoked paprika, cumin, ricotta, coriander, roasted red pepper, cucumber, pickled onion and a poached egg.

In the evening, I propped up the bar and rubbed shoulders with the locals – and a few tourists – at La Venencia, a Madrid establishment popular at aperitivo time.

I love a good chilled fino, a dry sherry, with some salty raciones, as tapas are called in Madrid: anchovy on bread, olives, mojama (dried tuna served with almonds and bread nibbles). The barman scribbled my tab in white chalk on the bar, and no tips are accepted. 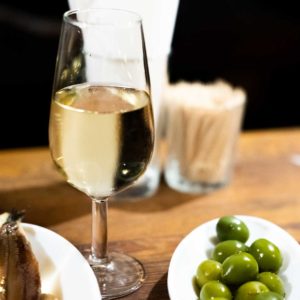 I had wanted to eat at Gofio by Cicero in Calle de Lope de Vega, where the chef, Cicero, specialises in cuisine from the Canary Islands – home to the world’s best bananas.

Gofio was one street down from my guesthouse and two streets up from a guide book-favourite, El Triciclo.  I put my nose into El Triciclo but my instinct told me that it was not my kind of place – too commercial.

The tasting menu at Gofio – named after a Canarian flour made from roasted grains – starts at €50. My trip to Madrid was all about quick lunches and dinners, so eating here is for next time.

The golden triangle of museums

Las Letras is in the heart of the golden triangle of museums:

The woman in the pharmacist in Cervantes Street, where I went to buy some plasters for my blisters, caused by the extreme heat, told me that only buildings offer shade.

She was right… the shade of a tree might protect, but it does not cool, as I found out during my visit to the Botanical Garden, across the road from Las Letras.

I sought shelter from the sun’s rays inside the Botanical Garden pavilion, where I found an exhibition by Javier Valhonrat, part of PHotoEspaña, the annual, summer-long Madrid photo festival.

The work on show by Valhonrat, who made his name in fashion, is about his “relationship” with the Maladeta Glacier in the Pyrenees. The cool, darkened room contrasted with the bright sun outside. The exhibition was a timely reminder of the effects of climate change.

Walking south from Las Letras to the district of Lavapiés, you realise how southern Madrid is a city of hills. Lavapiés is the old Jewish quarter, and, quoting the Monocle Travel Guide on Madrid, still “attracts diverse diasporas, from Africa to India and Asia”.

For one of the best, if not the best, places for natural wine in Madrid, Bendito is off the beaten tourist track, in the market of San Fernando

I had a long chat and two glasses of wine:

The striking black-and-white portraits lined up on the walls are of residents from the owner’s home village.

With an aperitif at Benito, I had lunch at La Canibal, opposite Lavapiès metro station. Here wine and beer are on tap. I met up with Matt Verona, formerly of Carousel in London, and who is now working in wine in Madrid.

To go with our fixed lunch menu of gazpacho and Iberian pork with potatoes, we had glasses of:

The air conditioning at La Canibal was perfect before hitting the streets again mid-afternoon.

Near La Canibal is Hola Coffee, who roast their own beans. Hang on, they open from 8.30am on Mondays to Fridays, and 10am at weekends. Igor’s maxim is not holding out. Or maybe it just applies to the corner bar rather than the hipster coffee destinations.

I loved their cups – made by a Korean artists who works coffee grounds into the clay to make the cups.

Here, I also picked up a copy of the English-language SOLO Magazine – a Barcelona-based magazine for coffee lovers. Spain is home to some great independent publishers.

The Conde Duque district is home to the spectacular Liria Palace, the residence of Carlos Fitz-James Stuart, the Duke of Alba. The Palace was the venue for the opening cocktail of the Monocle Conference. We were also honoured with a tour of “among the largest [arts collections] accumulated by European aristocrats”, as The New York Times wrote in 2012.

On a slightly different level, Conde Duque is also home to one of the best art photography galleries in Madrid – Blanco Berlín. The gallery is in a little square opposite the Central Cultural Conde Duque.  For PHoto España, Blanco Berlín was showing a project, Trilogy of the Soul, by Asturian-born Soledad Córdoba.

Olive is a pleasant place for a coffee round the corner. The coffee is Lavazza, but the barman’s smile was big, the music good, the cooling fans whirled on the ceiling and my seat had a street view.

For the two days of the Monocle Conference, I stayed at Hotel 7 Islas in the lively Chueca district.

When I last visited Madrid 25 years ago, Chueca was a rundown area just north of the Gran Vía. It was only just starting to be the centre of LGBT nightlife, for which it is famous for now.

Hotel 7 Islas is one of the few independent hotels in Madrid. It has its own beer and gin, and a very good breakfast.

Round the corner from Hotel 7 Islas is Angelita. The wine list is extensive, including ‘minimum intervention’ wine, and a fun atmosphere and cocktails abound.

Very often in Madrid, you can go for full portion, half portion and even a third portion. I went there at 10pm for a ‘third portions’. I got chatting with my neighbour. She offered a taste of some of her food  – that’s Madrid for you.

Angelita’s owner brings most of the produce from his village, Litos, near Zamora, where his parents run a vegetable garden. I had a quick chat with him as I left. I’ll be back.

On the other side of the Manzanares river is the district of Puerta Del Angel. I heard on the grapevine that this is the next new district of Madrid. I’ll visit next time.

Hopefully the gentrification of Madrid will never happen on the scale of Barcelona, Paris or London. It’s good to keep the centre of cities with a local feel.

See my blog post on La Vaqueria Montañesa in Madrid – part of a sustainable restaurant group from the Cantabrian capital of Santander..

Many of my suggestions can be found in The Monocle Travel Guide Series: Madrid. Many cannot. My philosophy is to seek inspiration from guides, and then ask in a good place for another good place.