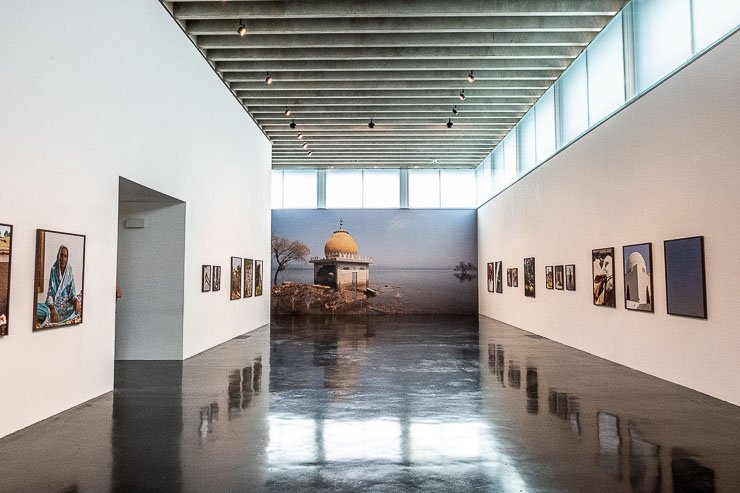 I stayed in London this summer, and went instead on a day trip to Birmingham to find my identity and to catch artist Mahtab Hussain’s exhibition Going Back Home to Where I Came From at The New Art Gallery in Walsall. The exhibition closes on 2 September, but there’s still the book to buy.

Identity, personal and cultural, is a hot topic in today’s world, and the exhibition received rave reviews in the likes of The New York Times, Vogue Italia and Dazed & Confused, which hailed the exhibition as one of the top summer picks on both sides of the Atlantic.

What I did not expect was to go on my own personal journey. First it was the visit to Walsall. Living in a global city such as London can cut you off from how other people live. Walsall reminded me of Remscheid in Germany. Both are post-industrial towns. Wolfgang Tillmans, one of the most famous photographers of our times, was born in Remscheid, but I don’t know anyone of note born in Walsall, although I am sure there is.

Walsall is 30 minutes from Birmingham New Street station by train. It’s in the Black Country region, which also includes the towns of Dudley and Sandwell. It was one of the most industrialised parts of the UK – and famous, until very recently, before bankruptcy struck, for making the Queen’s riding saddles.

What I loved about Walsall was the sense of humour – could it be black humour? Then there’s how they speak. It sounds so bubbly, so warm. When I was in the gallery, three people were huddled together talking. I couldn’t catch their ‘strange’ language. Finnish, I thought? I edged closer. Nope, still couldn’t understand. Being of a curious nature, I asked them what language they were speaking. “English,” the older man replied. To be more correct, it was Black Country dialect.

“Going Back To Where I Came From“

Mahtab was born in the UK, in Glasgow, to parents who came over to Britain in the 60s and 70s from Kashmir. He was subjected to taunts of “go back home”, in the streets, in the supermarkets; they followed him everywhere.

In 2016, he travelled to Kotli, his mother’s hometown in Kashmir. During the two weeks he was there, Hussain created a visual diary of what his life might have been like if his parents had not migrated. He retraced his mother’s footsteps through the cornfields and down by the well, and at the old family home, meeting relatives who previously had been strangers.

The exhibition is a series of intimate portraits, atmospheric landscapes and still lifes encapsulating this homeland. On returning to Britain, Mahtab’s bubble “burst”, and he returned to being “a lost boy living among lost generations, who are not able to call any place home”.

He writes in the book: “I was beginning to fall in love with my motherland and was slowly letting myself fall under its charm, but as I began to fall, I was pulled back to reality, with a voice telling me that Kashmir would never be mine, that England was my home.”

The main exhibit is of a view in Kashmir of the Mangla Dam Lake, which when built in the 1960s resulted in the displacement of 110,000 local people. With subsequent displacements, this figure has now reached a quarter of a million. In the early days, many of that Kashmiri community came to Birmingham, to work in the factories lining the canals.

Mahtab’s work is about identity, race, heritage and displacement. I’ve always lived with a confused identity. I am English born. My DNA puts me as being mainly from southern Ireland, and also from Scotland, England, France, Portugal and the Netherlands… with 5% African. My father was an engineer in the pre-partition Indian Army, before getting married late in life. He spent many years in Kashmir – I even have a photo on my kitchen wall of him skiing in Kashmir. As children, he would talk to us in Urdhu, the language of Pakistan.

What I learnt from Mahtab’s exhibition is that identity, like history, is a richly intricate weave of different strands that produces one beautiful multi-coloured piece of cloth – your personal identity.  And that personal identity is not just about geography; it is something far more complex and deeper.

Our journey is to uncover our personal identity, to be curious, to accept, to feel comfortable, to grow. With that confidence in who we are, to then accept who other people are – and where they are at on their journey.

In the book, Mahtab talks about the organic emergence of “one collective identity” underpinned by the youth of today: “…we can only hope that over time, their general enthusiasm for cohesion will be passed down through the generations to unify us all, and offer a more fluid understanding of what is meant by “home”. 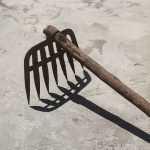 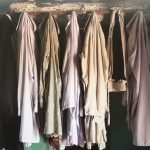 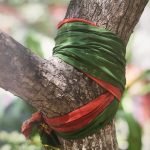 Food wise I had lunch booked at Carter of Moseley, on the posh side of Birmingham, to the south. If I could have found a local place to have local fare, I would have stayed… as long as the produce was well sourced!

The Black Country is famed for its pork scratchings (roasted pork rind with salt and fennel seeds), faggots (meatballs), grey peas (traditionally maple peas with barley and bacon) and Groaty Dick pudding (this Black Country risotto, as it is called by The Guardian newspaper, is made of groats, another word for grains, with beef, leeks, onion and beef stock, and cooked for 16 hours; traditionally it’s eaten on Guy Fawkes’ Night on 5 November).

The local newspapers – and chats I had with the locals – revealed a town-wide depression about the imminent closure of the M&S store in the town’s high street, and talk about local crime, mainly assaults.

Research shows that negative emotions narrow the mind and positive emotions open it up for you to see more possibilities. I would suggest to anyone in the area that they visit The New Art Gallery. It may just open up a whole new world of possibilities, like it did for me.

Keep track of my latest posts by following me on my Facebook Page.