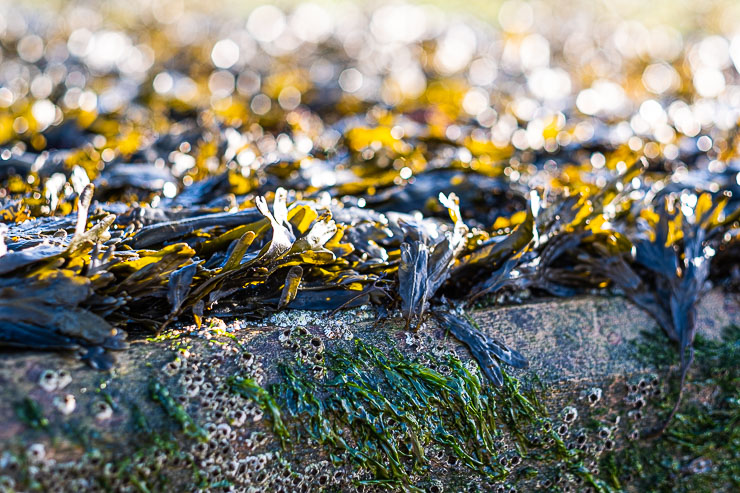 Most people book ski trips in winter and a Mediterranean beach holiday in summer. Instead, I go to Margate, a 100-minute train trip from London, on the Kent coast, facing the strong winds of the North Sea for a Seaweed Wrap at Haeckels House, the home of the “wild fragrance and ecological skincare company”, which also has an outpost in London’s Broadway Market,

I first went to Margate in January 2020. I returned in August 2021,. Do I have a favourite season? I would say winter, as long as the skies are clear and almost a Prussian blue. It was the beauty of the clouds, the sunsets and the quality of the light that drew British romantic painter JMW Turner back to Margate time and time again. For a full ozone blast and to tap into this beauty, during both my visits I walked along the cliff top, looping down to the sandy beach now again, to Botany Bay, a 45-minute walk away.

Life is about unique experiences – ones that tap into our inner essence and lift how we feel. Haeckels is located in a Victorian cliff-top terraced house looking towards the sea. It’s opposite the Lido, an art deco building built in the 1920s by a man who liked brass bands and cricket, and who also opened the Dreamland amusement park – or pleasure palace as it was then called – by the station.

You enter through the Haeckels shop, where, this August, not only could you buy the likes of the algae plump or eco marine cream, but where Haeckels has a mini factory of micro-greens, while beds of moss are laid on the floor under the central table to help clean the air.

The waiting area is on the second floor, overlooking the sea. I took the rocking chair seat. As for the Seaweed Wrap, step 1 is a full exfoliation with a seaweed, sea buckthorn and walnut shell scrub, then you are wrapped in seaweed, with a scalp massage while you wait for the algae to penetrate the skin, followed by a shower and a full massage. All for £100. A snip compared with London prices. And that was with their top person!

Margate: a town of art

Margate is an arty town. It’s also a place of contrasts, of two worlds. Some call it Shoreditch-on-Sea. I would call it London Fields-on-Sea. Yet one in three children in the area live in poverty. Many residents are working hard to melt that divide, including filmmaker Dom Bridges, founder of Haeckels.

Margate’s main beach is wide, sandy and windswept, with a fleet of little boats sheltering at one end, by the Harbour Arm. It is here that you find Turner Contemporary. designed by David Chipperfield.

During my winter visit I checked out the Carl Freedman Gallery in the old Thanet Press building. Carl’s once girlfriend, British artist Tracey Ermin, grew up in Margate in the 70s. According to an interview in The Art Newspaper, they used to visit Tracey’s mum and nan together above a Kentucky Fried Chicken shop on Northdown Road, towards Cliftonville.

Tracey’s studio adjoins Carl’s gallery, and – before Covid – plans were afoot to open it as a Tracey Ermin foundation. “I do not want to wake up to London, I want to wake up and be inspired by the same things that inspired Turner,” she was quoted as saying in the Isle of Thanet News.

The pandemic has made many people reconsider their plans, as they set new horizons, Decisions are made in a moment of time… move the clock forward and the decision may change. So let’s see what happens.

Lunch at Angela’s after the Haeckel’s wrap

For my winter trip, I had lunch at Angela’s. I had come down from London with my 56mm portrait lens to take a picture of Angela. To my dismay, the name is merely in homage of Angela, who ran a greengrocer’s from this spot just off Marine Drive in the 1950s.

The reality is thata former art director of the Financial Times and his partner run Angela’s. The restaurant is intimate (yes, that means small), with white walls, open kitchen and tables made out recycled plastic bags.

The food was good. The bread was sourdough from the local Thanet district. The view, through the fogged up windows, was of Turner Contemporary,

Falling foul of sulphites in wine

I went for a glass of local Kent wine, made from the Ortega grape variety, a variety popular in cool-climate wine-growing regions. Soon after eating, I began to feel nauseous and dizzy. This often happens to me in unregulated wine markets, such as England, where wine is more about lifestyle than culture. It’s the high dosage of sulphites, and other unnatural substances.

Most wine labels say ‘contains sulphites’, but they never indicate the dosage level. Sulphites occur naturally, but adding sulphites is not natural. Producers do this to enhance the taste, the appearance and the shelf life. Organic wine is no better, as being ‘organic’ refers to the way the grapes are grown, and not how the wine is produced. Since my experience at Angela’s, I stick to beer in England… apart from restaurants where I can be sure of the wine, such as at 40 Maltby Street.

Where else to eat & drink in Margate

Next time I am in Margate, I want to eat at Sargasso, a seafood restaurant on the Harbour Arm, opened by the crew behind Brawn in London. Sometimes there’s music as well. Also on the Harbour Arm is Kaffe, for a good, allpresso coffee. Other places that caught my eye in Margate were:

For a summer dip, the ‘boating’ ponds, or tidal pools – rectangular pools made with concrete walls and that fill up at high tide– are ideal for swimming at low tide. The first one on Margate Beach was made in 1937, when Margate was in its heyday.,

The pool was empty that evening, whereas the queue outside Dreamland amusement park in the centre of the town went out the door, round the corner, down the road, and round another corner. I’m obviously not cool enough for Margate.