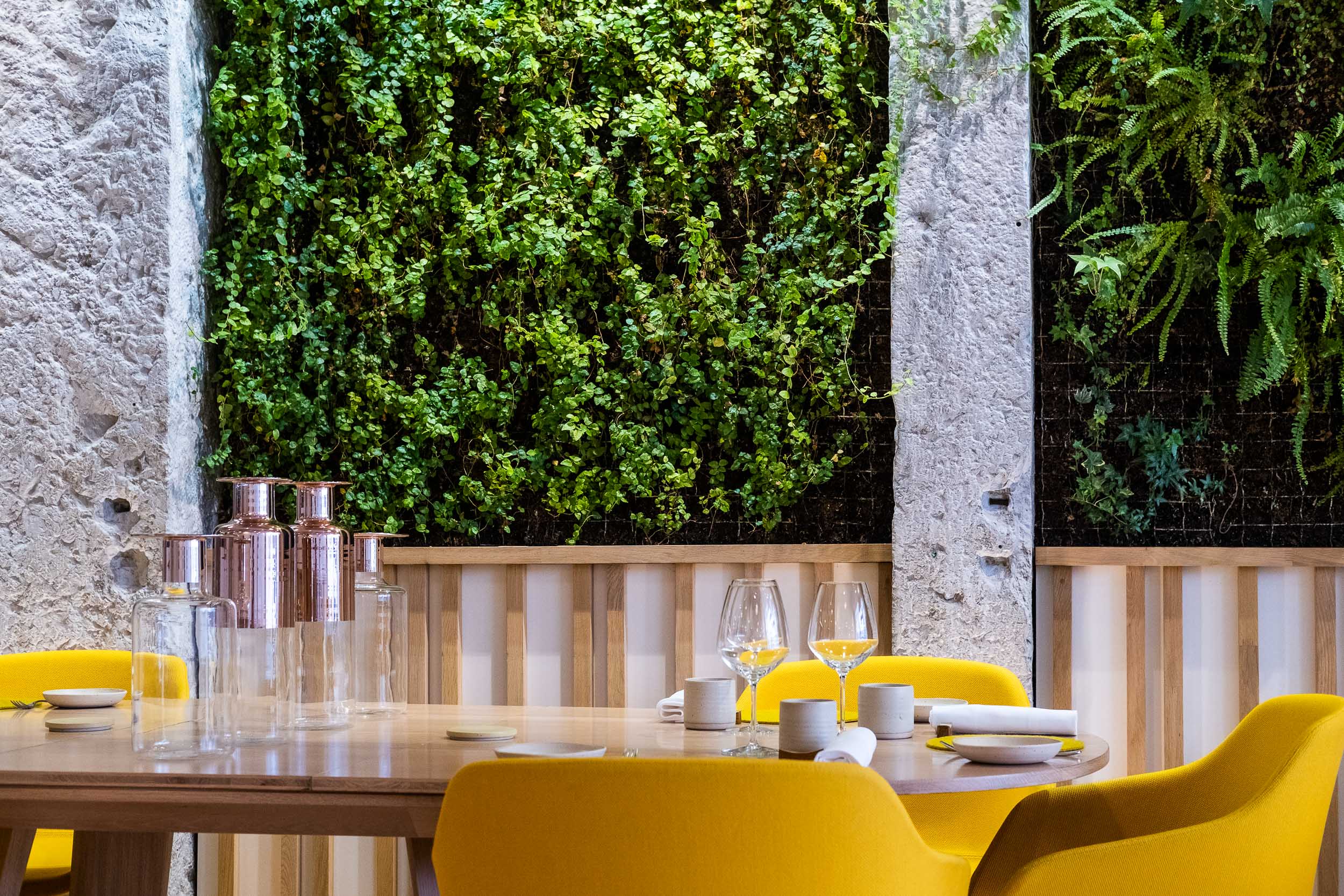 22 Jul Meadow-time at PRaiRiaL in Lyon

PRaiRiaL, a Michelin-starred restaurant in Lyon’s Presqu’île district, is named after the ninth month in the French Republic calendar – the month of prairial, which ran from 20 May to 18 June and took its name from the French word prairie or meadow.

The French Republic calendar was introduced in France in 1793 (the year when the First Republic oversaw the execution of Louis XVI and Marie Antoinette) and lasted until a few years after Napoleon Bonaparte was crowned Emperor, when the Gregorian calendar was reintroduced.

The Gregorian calendar tends to name the months of the year after Roman Gods, rather than the calendar of the French Republic, which turned to nature and to the weather conditions around Paris for inspiration. Nîvose, for example, started around the winter equinox, and came from the latin nivosus, or snowy, and then Floréal, floral, was the month before Prairial.

As for PRaiRiaL the restaurant, the concept is based on an “uncomplicated cuisine” – une cuisine decomplexée – with local, seasonal ingredients and natural wines. The duo behind the restaurant are Gaëtan Gentil, the chef, and his sommelier wife Céline Boinon. Both of whom were there that day. PRiaRiaL, I had been told by a local friend in the wine business, was one the most exciting places to eat in Lyon at the moment.

My experience at PRaiRiaL

The day I had lunch at PRaiRiaL the outside temperature hovered close to an un-spring like 40°C. I was wearing yellow trousers, by chance. Yellow also being the colour of spring, and the colour of the décor at PRaiRiaL.

Inside, the music was ‘happy’ (I’m A Believer by the Monkees and Abba’s Gimme! Gimme! Gimme!), and as the other lunchers drifted in, there were all types – an American who asked for iced tea (“I really do like wine, but I like iced tea even more,” she said), a couple wearing shorts and with their small wheelies, a family of five….

What impressed me was the service: open, relaxed, courteous, but with the waiters smartly dressed in black suits and white shirts. Everyone seemed to be enjoying themselves, lunchers included, in a discrete way.

The menu at PRaiRiaL

Four amuse-bouches came one after the other as I chose one of three menus together with a glass of wine. I went for the Ménu Parcelle – six ‘creations’ for €69. The supersonic menu was the Ménu PRaiRiaL – at €109.

For wine, I went according to the sommelier’s recommendation – Pantomine, a white AOC Côtes du Rhone, 50% Bourboulenc, 50% Grenache blanc, produced by Maxime-François Laurent.

Without further a do, below is what I ate, and drank, No more words are needed.

The six ‘creations’ at PRaiRial

Creation One: Tomato – cooked for 36 hours

The box of bite-sized desserts

PRaiRiaL, 11 Rue Chavanne, 69001 Lyon. The restaurant is open for lunch on Fridays & Saturdays, and for dinner from Tuesday – Saturday.