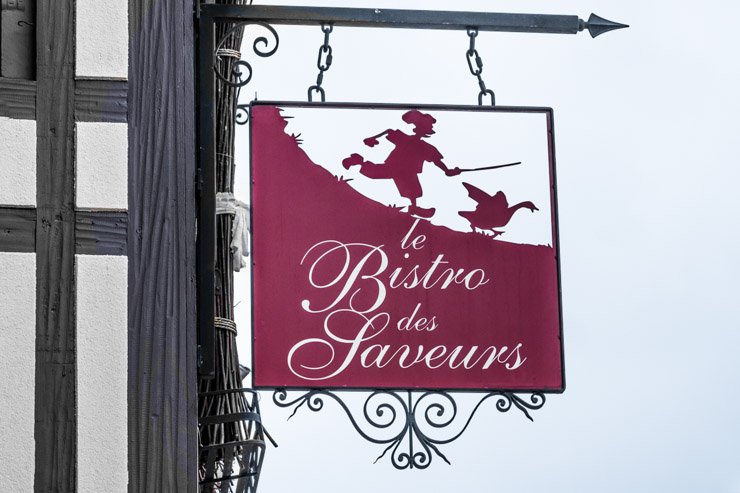 Alsace is renowned for its fairy-tale villages, with colour-saturated buildings, medieval turrets, storks’ nests , solid ramparts and chiming clock towers. It can feel like Christmas 365 days of the year.

My first experience of an Alsatian village was in Obernai, at the northern end of the Wine Route. It’s not a major tourist spot, but it is home to Le Bistro des Saveurs, which has one Michelin star.

Shame the sky was grey, the colours muted and the rain started to fall… but for me that’s better than the icy winter cold so often found in regions with a semi-continental climate. 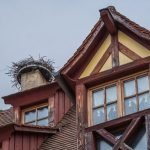 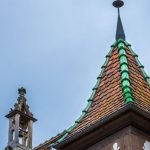 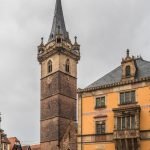 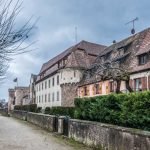 Le Bistro des Saveurs is about local biodynamic producers, cooking on the open fire, a rustic, homely feel and the chef, Thierry Schwartz. It’s one of nearly 30 Michelin-starred restaurants in Alsace… one of the highest densities in the world.

There were times in Alsace, on my three-day/two-night trip with Clos Driver Wine Tours, when I felt it was easier to find a Michelin-starred restaurant along the Wine Route than a café….it’s winstub, or ‘wine lounge’, culture here, not café culture.

We went for the standard €39 menu for three courses, topped and tailed with a mise en bouche and mignardises. We sat down at our table to find a basket of rising, uncooked bread, which was then whisked away, to be brought back, once baked, and cut up in front of us – a whole ceremony.

For wine, we went for a vin nature Muscat from Vincent Fleith, followed by a Pinot Noir from the fabled Rieffel domain 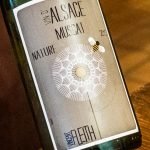 A Muscat from Vincent Fleith 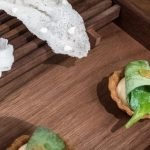 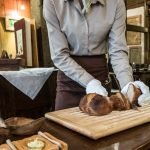 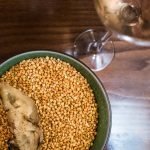 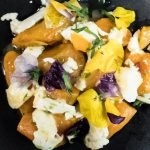 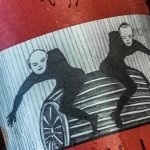 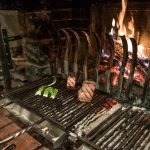 Cooking on the grill 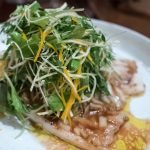 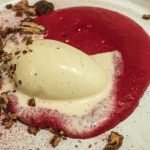 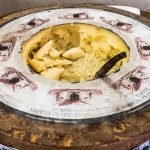 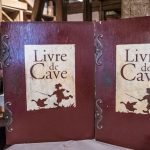 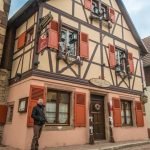 Other restaurants on the Wine Route

Several more restaurants were on the cards… in particular, the next day, lunch at Restaurant 69º of Hotel Chambard in Kaysersberg, with two Michelin stars. Our final lunch was in Am Lindeplatzel in Mittelbergheim.

For the two dinners, on my request we went to Flamme & Co to sample what Alsace is most famous for, along with goose foie gras... Flammekueche, or Tarte Flambée, a thin pastry traditionally topped with cream, smoked lardon and onion.

Mine that night was a Munster Flammekueche, with smoked lardon, onion, Munster cheese, mesclun salad, cumin and walnuts. To drink was an Auxerrois cuvée, from Domaine Kuentz-Bas, a biodynamic domaine with less than 10 hectares, like so many in Alsace.

We even returned for a second round of Flammekueche the next day. This Alsatian ‘pizza’ is the perfect balance to a Michelin-starred lunch at midday.

Alternatively, in the picturesque city of Colmar, there are restaurants such as L’Atelier du Peintre and L’Epicurien… you will need to book… and after dinner you can then saunter along the cobbled streets and pass by the birthplace of the designer of New York’s Statue of Liberty, Auguste Bartholdi.

Finally, I must end on storks. Every single village had their storks, with nests on special stork-nest structures put up on the tops of buildings. The storks’ natural habit used to be the marshlands of the river Rhine. When the marshlands were drained after the 1939-45 war, the storks were bred in captivity to restore their population… making them less reluctant, it is said, to migrate to Africa in winter.

At Obernai, all the nests were empty during the day, so I snuck out as the sun was about to rise to grab the photo of this pair, before they flew away.