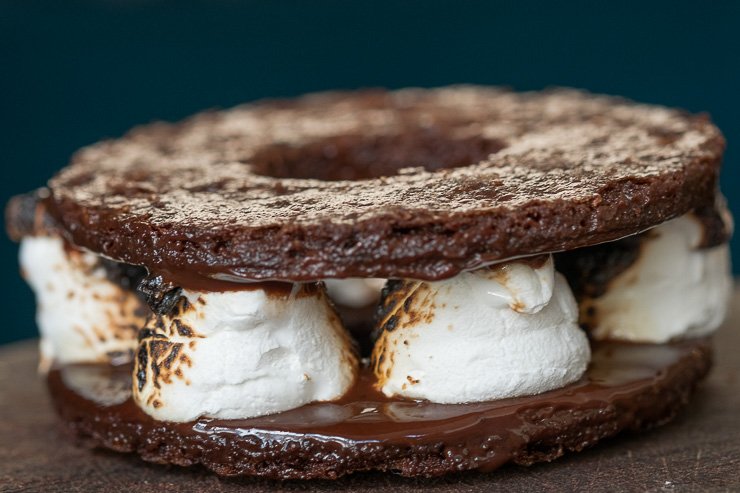 I dream of having a ‘local’: a place where I can go for breakfast… coffee… lunch… dinner… or just a chat; a place that serves food made with passion and the seasons, and where the music and the fun flow. I’ve found it… Parlour, in Kensal Green. The only snag is that it takes me 20 minutes by bicycle, but it’s worth it.

The first time, I made the mistake of going by tube. Signal failure, a perennial problem in London, meant that I walked most of the way home as I’m far too lazy to fathom bus routes. On my long hike through Queen’s Park, I bumped into a friend from LA, who I hadn’t seen for years. There’s always a reason why things happen, or so I like to believe.

As British as humbugs & The Beatles

Parlour is true British. Not the kind of Britishness of Leicester football fans in Madrid chanting ‘Gibraltar is ours’, and a few obscenities to boot. But true British style:  eccentric, colourful, humorous, quirky, nostalgic… and, above all, fun: a mix of Alice in Wonderland and Sergeant Pepper’s Lonely Heart Club Band, with childhood memories conjured up by the menu, the decor, the feel and the welcome.

The rooms are big. It’s not like the cramped restaurants of Soho. That lunchtime – or by the time I left it was mid-afternoon – there were mothers with small children; people working, tucked away in corners or in the garden; friends having a chat; and two smart-looking men talking business. Everyone looked as if they had an interesting tale to tell. But then this is NW10, the new, or not so new, W11 (Portobello Road/Ladbroke Grove), and where you can get more bang for your buck and more bedrooms for your house.

A short hop to Portobello

Parlour is in Regent’s Street, on the other side of the Regent’s Canal from W11 and Portobello Road. The name comes from the Royals who, a couple of centuries ago, would stop off on their way to nearby Kensal Green Cemetery to buy flowers from the flower-sellers who used to line the street.

Parlour is the invention of Jesse Dunford Wood. I met Jesse last month at a Gastrophysics workshop at the University of Oxford. He was giving a talk on ‘theatrical dining’,  about ‘hacking the mind of the diner by playing with nostalgia and performance at the table’…. more on that in my next blog, Parlour by Night.

Jesse was born in Brazil. I’m convinced where you’re born has a part to play in who you are. I was born in a cottage hospital overlooking the New Forest, in Lyndhurst, which makes me wild. Being born in Brazil, for me, makes you fun. As a chef, Jesse has worked in the UK, Australia, Spain and the US, and with some big names. A cultural blend is always good for cooking.

Perfect for a very British experience

I would recommend Parlour to any visitor to London looking for something authentically British, and with a local, London feel.  It’s also far more chilled than the hipster East End, where everyone is working very hard to appear cool. And from Baker Street it’s only 15 mins by tube to Kensal Green, as long as there’s no signal failure.

Enough words, here are my photos, in the order they were taken …