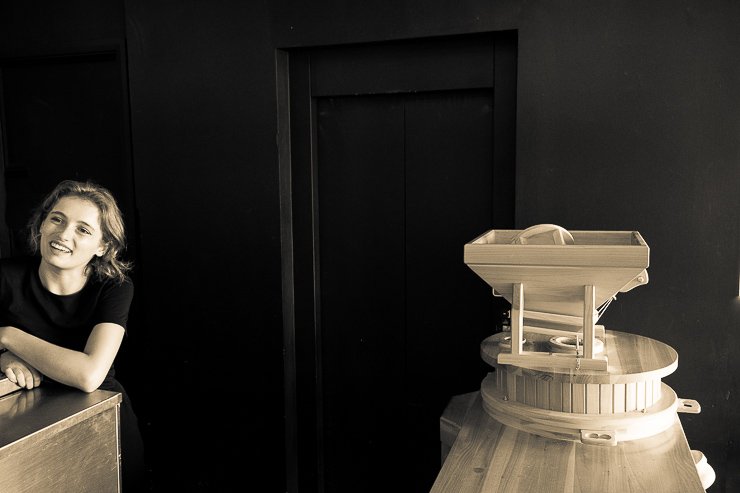 09 Jul Brighton for brunch by the sea: Silo Restaurant

CUB Restaurant is on the ground floor of Super Lyan cocktail bar in London’s hip district of Hoxton. The restaurant opened as a partnership at the end of last year between Doug McMaster of pioneering zero-waste restaurant Silo in Brighton, cocktail supremo Ryan Chetiyawardana (aka Mr Lyan), Krug Champange (always a favourite), Belvedere Vodka and LVMH.

The idea behind CUB is to showcase the luxury in sustainability. Rather than go to yet another restaurant in London’s East End, I decided to check out Silo Restaurant down in Brighton, where Doug’s zero-waste approach all started, and where “pre-industrial systems” are the buzz words rather than “luxury”… which in any case originally meant ‘sinful self-indulgence’ back in the mid-14th century.

[UPDATE November 2019: Silo Restaurant has since closed in Brighton, and reopened this month soon in Hackney, in London E9.]

Brighton is one hour from London by train. In terms of look and feel, I felt I was in another country. That Friday, the train was full of selfie-taking students from Asia making the trip to a city that is arguably more authentically English than global London. Forget Camden Market, make the trip to Brighton!

Silo is in Upper Gardner Street, in The Lanes – a collection of parallel, narrow streets famous for their small shops. “You should come back on Saturday for the vintage market,” said the guy reading outside Silo. Yes, Brighton is great for vintage lovers. There is that ‘anything goes’ spirit… although my 20-something musician neighbour says that London’s Peckham still has a better music scene than Brighton.

What is sustainability at Silo

What we ate at Silo

It might have been brunch, but it was far off from bacon and eggs. We sat at the bar, overlooking the kitchen.

We started with an Elderflower & Mint Kefir (no dairy) … and then the sourdough bread, made with the ancient wheat varieties of Paragon (for flavour) and another one whose name I forget (for structure), and Silo-churned butter.

The plates, invented by a local student (Brighton has two universities), are made locally from recycled plastic bags – I reckon old Morrisons supermarket bags, before the logo went from black to green, and they started to use paper bags rather than plastic ones for fruit and veg.

Our vantage point from the bar, where there are 12 seats…

… where we saw these plaice bones, a bar snack, which were too tempting to resist.

Yes, I know, cacao does not grow in Sussex! Can you imagine, though, a life without chocolate, or coffee? The Dutch-based Tres Hombres engineless sailing ship brings the chocolate by sea. The ship has been transporting cargo across the Atlantic, and further afield, since 2009.

What a way to finish! Dry roasted kelp infused with water to form a base for pumpkin seed milk, cocoa butter and candied spent edlerflowers, with blackcurrant leaf oil and toasted oats.

We went for a glass of Davenport Vinyards’ Horsmonden, made from grape varieties Bacchus, Ortega, Siegerrebe. It’s been likened to a Sauvignon Blanc style, and I can agree there.

We live in an age where so many people feel not listened to, not seen. This is often why people attack rather than discuss when they don’t like something that someone says or does.

At the end of the day, it’s all about respect. Respect for yourself, for others, and (adds Silo) for the environment, for the way food is generated and for the nourishment given to our bodies.

Sounds holier than though? We had a lot of fun.

Yes, I will get to the Lyan Cub in London, as it is called. A post-meal walk along Hoxton Street is not the same as Brighton beach… and neither is CUB open for brunch.

You may also like to read my blog post about Cornerstone Restaurant, which opened this spring in Hackney Wick in London’s East End.