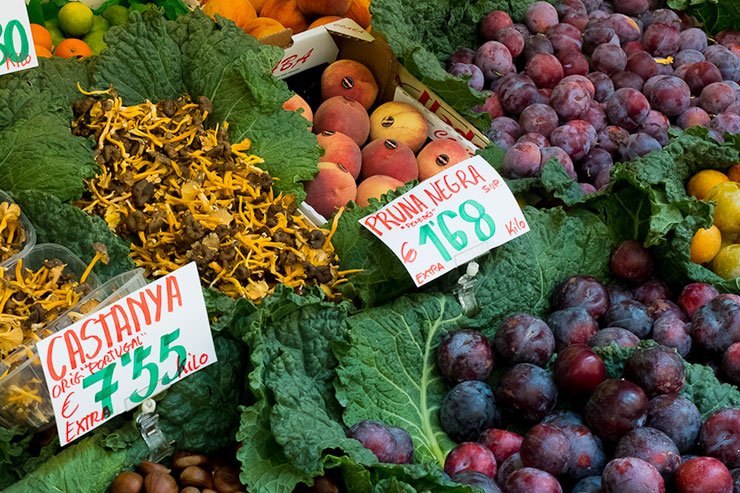 04 Oct Sitges: at the heart of film

Thousands of film lovers will descend on Sitges this week with the opening of the International Festival of Fantasy Film of Catalonia, now in its 48th year.

This Catalan seaside town is one of my favourite. Less chichi and more grounded than the Côte d’Azur; just 30 minutes down the coast from Barcelona, and easily reached by train, from the city and the airport.

Historically Sitges has strong links with the Americas. Wealthy Catalans returning from Cuba and Puerto Rico, in particular, built beautiful modernista houses, to rival those of Barcelona.

Link to Bacardi & the Americas

The indios, as the returnees were called, included Facundo Bacardí, founder of Bacardí  Rum in Cuba … you can visit the Casa Bacardí in Sitges … and Andres Brugal, founder of Brugal Rum in the Dominican Republic.

They also brought with them the palm tree – unfortunately at the moment under attack from a bug – and the red pepper trees which adorn many a garden.

The arrival of the celebrated Catalan artist Santiago Rusiñol in the 1890s and the American industrialist (International Harvester Company) & amateur artist Charles Deering in 1910, who built the Maricel Palace, put Sitges large and loud on the European cultural & artistic map … & opened out the town to tourism.

My favourite part of Sitges is the Platja de San Sebastián, a small beach tucked under the promontory which is home to the Church dedicated to the town’s two patron saints … Saint Bartholemew and Saint Tecla … and whose bells mark the passing of the day.

With its small, windy back streets, the district of San Sebastián has held on to its local charm & sense of neighbourhood as the rest of the town has grown. The row of cafes & restaurants along the esplanade runs close to the beach & the sound of the waves, creating a good spot for some lunch.

July and August is full of tourists, but for the remaining months there is a pleasant balance between local people and visitors from around the world who come to relax and unwind in a town where everything seems to be just 10 minutes’ walk away.

Sitges boasts 300 days of sun, and a microclimate formed by the surrounding Garraf Massif Nature Reserve. This means that when it is raining in Barcelona, often it is sunny in Sitges.

Above all Sitges is about festivals … festivals all year round, from Gay Pride, to patron saints, religious festivals, gastronomic, international bears – yes, bears – & vintage cars…

Those attending the Film Festival will also be able to make the most of the Wine Fair on 10-12 October. The Fair offers the best wines from the Garraf and from the nearby Penedès region, home to cava & some of Spain’s most famous bodegas.

There are no Michelin-starred restaurants in Sitges, but good restaurants abound. The best advice is to eat when the locals do, and go where they go. And if you are peckish in the meantime have an ice-cream or some tapas.

Fish is very popular, and comes mostly from the nearby fishing port of Vilanova i la Geltrú .

Classic dishes include arròs negre, rice with squid ink, and xató, a sauce made from almonds, hazlenuts, oil, garlic and the local nyora, or red ball pepper, and usually served with an endive salad.

One of the best restaurants in Sitges is Komokieras, near the Romantic Museum. The food is excellent, & the service attentive, with linen tablecloths & Riedel wine glasses, and of course, given the importance of wine in the region, a fantastic wine list.

Other ‘fine’ restaurants are nestled beneath the Church of Saint Bartholomew & Saint Tecla. Fragata is a particular favourite.

For me, more than anything, Sitges is about being relaxed, being chilled…

For tapas, El Donostiarra is one of the many Basque bars. A personal favourite for a glass of wine & some tapas is El Cable, in San Sebastián, which opens from 7pm. Like many establishments in Spain, it has been in the same family for three generations. The house wine comes in at €1.80, with vermouth and malvasia, the local sweet wine – produced at, among other places, the grounds of the local hospital – also on tap.

And then for lunch away from the beach, Louise Se Va Rock Cafe, down the road from the station, & a favourite with the locals.

Here, the three-course lunch menu is excellent value at €12.90, & including a glass of wine. We went, instead, for a bottle of local 2013 red Garraf wine from Finca Valldosera, a blend of Syrah, Merlot & Cabernet, full of character.

The restaurant is famous for it 53 different types of sandwiches, all named after musicians.

For the evening, popular eating spots, to pick a few out of the hat, also include: the Galician-run Restaurante Casa Hidalgo for fish; Sitges Bon Estar, at the very end of the main Parellades street; and La Salseta, for Slow-Food movement fans. But the list is endless…

What is for certain is the post-beach or after-dinner ice-cream at Olivier. The special on the day that I went was mascarpone with cranberries … delicious!

The Sitgetans are too busy talking to each other, in the street, in bars, cafes, or shops, to be on their mobile phones all the time … what a relief!

THE STORY OF COCA

I loved the coca from Enrich‘s, said to be the best baker in town, especially the goat’s cheese & courgette, and escalivada (roasted pepper, aubergine & anchovies) coca, which are like thin pizza strips with toppings, either savoury or salty.

In the morning I would go to Enrich’s – whose motto is ‘bread with calm’ – for coffee and coca with sugar & pine nuts. The savoury cocas were great in the evening after a big lunch or to eat on the plane home.

One train of thought says that pizza finds its origins from coca, when the Kingdom of Aragon & Catalonia ruled Naples in the 15th century. The pizza then became famous with the invention of Pizza Margherita in the 19th century.