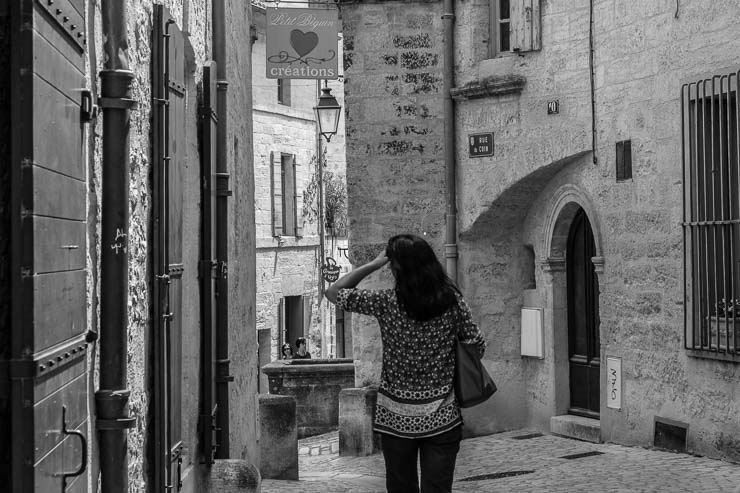 I’ve been going to Uzes for more than 25 years. At the beginning, this picturesque French market town, above the plain of Nîmes & on the road to Alès, was frequented only by locals. As the years have flipped by, this ‘best kept secret of the South of France’ has gradually opened up to the world.

Yes, the Editor of Paris Match lived nearby all those years ago, and, a bit further back, so did British art historian, collector & friend of Picasso’s, Douglas Cooper, whose home is now for sale via Sotheby’s; Uzes may be a small town of 8,000 inhabitants or so, but it has a Sotheby’s real estate office.

Fast forward to 2016, as a local Swedish resident & retired international banker told me in her (to my ear) faultless French: “This is where people come now. Not to Cannes nor the Riviera.” When she referred to “people”, she meant people in the know – those with traditional style, those who would live in Chiswick or Richmond if they lived in London, rather than the followers of modern bling or digital hip.

The appeal comes from the historic mediaeval buildings, the beauty of the main Place aux Herbes square, the winding, cobbled streets, the plethora of little shops, cafes and restaurants… with no cars in the centre of town… and the Southern French way of life.  Back in the 11th century, Uzes made history by becoming the first Duchy of France, & that history remains.

I was in Uzes earlier this month to visit friends from Africa whose parents live in a mas, an old farmhouse, on the outskirts of the town. We were meeting up to make the 3-hour car journey to the natural regional park of the Grands Causses, further west, towards the Millau Viaduct, the world’s tallest bridge, which spans across the river Tarn and was designed by British architect Norman Foster & French engineer Michel Virlogeux.

The market in Uzes

I’d arranged to be in Uzes for market day, on Wednesday. And it was packed, with locals, second-homers and tourists alike. I bought seasonal apricots and cherries, tapenade (olives, capers, anchovies & olive oil) and a creamy basil dip… I hadn’t paid to put my luggage in the hold, so buying was restricted to present consumption.

This was followed by lunch at Terroirs, in the Place aux Herbes, watching the world go by, all helped by a Galets Rouge 2014, a Costière de Nîmes, from Château Mourgues du Grès; a wine produced by François Collard, who, before taking over the family vineyard in the area, was at Château Lafitte-Rothschild in the Médoc.

Where to eat, drink & stay

La Famille Bar à Vins, a newly opened bar in the main Place aux Herbes, run by the grandson of Jean-Louis Trintignant – one of France’s most revered actors & who who rose to stardom when he starred opposite Brigitte Bardot in And God made Woman. I did not eat here, but this little place comes highly recommended by locals in the know.

La Table 2 Julien, a few kilometres southwest of Uzès, in Montaren-et-Saint-Médiers. Julien is a chef with a passion for what he does. The restaurant is small & gets very booked up.

Hotel Entraigues, a 4-star hotel with rooftop terrace & 360° panoramic views of the town.

Those who like the French way of life, searchers of calm & who don’t mind being a little distance from the sea.

What to visit & do

How to arrive from London