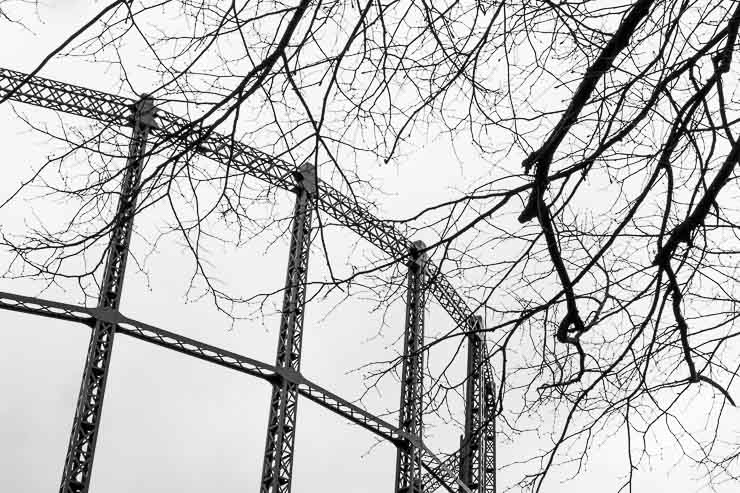 To celebrate my 100th blog post, I went for a drink and a bite to eat at Untitled Restaurant · Bar on Dalston’s Kingsland Road, the main drag through this now hip East London district.

The first post for my blog – back in 2015 – was on Iceland; the second on Japan. So that night, to celebrate, I ordered a ‘Snow’ cocktail (Iceland does not have much snow, but it is very cold) and a range of Japanese-inspired dishes.

Untitled’s menu is devised by executive chef Rob Roy Cameron. Before moving to London, Cameron worked at El Bullí, the world’s top restaurant for many years, followed by 41 Grados and Hoja Santa, two top restaurants in Barcelona – the destination for my last few blog posts.

Every story has a path. Everything in life is cause and effect.

Untitled takes its inspiration from Andy Warhol’s Silver Factory in New York, back in the 70s and 80s. The walls are crinkled and silver and the concrete communal table chunky and polished. While the Silver Factory was in Midtown New York, Untitled is in Dalston, renowned for its East End grittiness and creative edge. Both attract, or attracted in the case of the Silver Factory, the local edgy crowd. 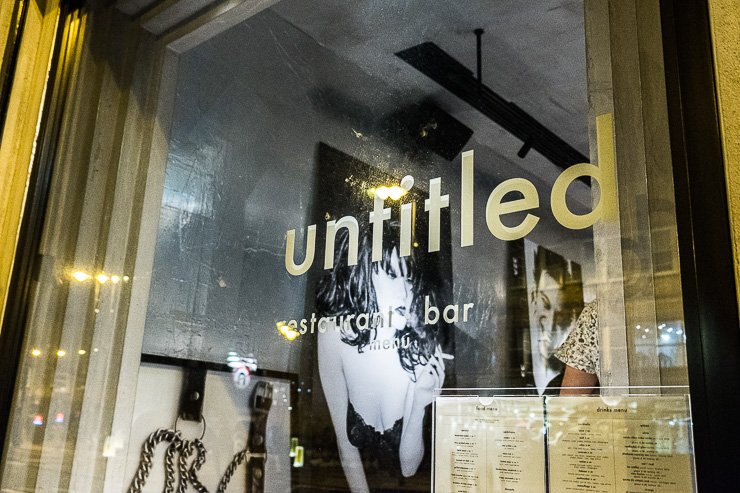 I arrived just as untitled’s shutters were lifting at 6pm.  I was met by Graziano – an Italian from Calabria who speaks with a Scottish accent without ever having been to Scotland. The service from all four bartenders was attentive, fun, responsive and professional. The best.

Tony Conigliaro, London’s cocktail supremo, well known for his molecular mixology, an author and the man behind untitled, and a few other places in London, was sitting on one side of the concrete table – a real statement piece in a room the size of an average retail store in Dalston.  Meanwhile an uber-stylish Parisian woman, with a sexy French accent and high heels not suitable for my train journey that evening, was being shown round.

First, I went for untitled’s latest addition to their cocktail list, Coral Fizz, launched on Valentine’s Day 2018. A mix of their very own English Rose Petal Vodka, with Perrier-Jouët champagne, three dashes of Peychaud’s bitters (from New Orleans, originally) and a sugar lump that sits at the bottom and softly fizzes to the top to dispel a sweetness to soften the rose tannins – making for some taste! (Good quality) bubbles always add a punch of excitement to a drink.

Choosing the next cocktail was not so easy. My short list was ‘Concrete’, ‘Red’, ‘Earthmother’,  ‘Snow’, ‘Camouflage’ and ‘Violin’. Yes, names are important. I went for Snow – white clay, chalk and enoki vodka, as it made me think of Iceland. It went remarkably well with my first dish, oyster with kumquat & yuzu.

The menu offers ten dishes in all, and I could have eaten all ten for £52.50. That’s too much for one person, but good for two.  I went for four dishes…

Untitled is about creativity and the sensual experience – in terms of food, cocktails, the surroundings, the art on the walls and the music played.

Tony Conigliaro is a fine arts graduate, Rob Roy studied photography and another fine artist in the house is Zoe Burgess, Head of Research & Development at Drink Factory, a laboratory-like space off nearby Broadway Market where the bitters, infusions and bases for the drinks are made, and where new ideas, techniques and flavours are experimented with. This is also the base for Tony’s consultancy work.

As I savoured every sip and bite, I got a good look at Untitled’s latest art exhibition, Pretty in Punk x Julia Gorton. Tony met NY artist and photographer Julia Gorton (both below – snapped when I went for the exhibition opening) on Instagram – such is social media.  Her photos of the 70s New York punk scene, with the likes of Debby Harry, fit perfectly with the concept of Untitled. They’ll be there till 4 April.

During my visit to Drink Factory the day before, Zoe had explained the benefits of her art training: “With fine art, you learn how to be attentive to detail, while at the same time it frees you up to try new things and to expand – you’re not afraid to fail. That is what leads to creativity. It’s the same thought-process to make fresh and exciting cocktails. ” And, of course, it’s about the visual.

The other 3 Tony Conigliaro bars

Tony opened his first venture, 69 Colebrooke Row, a cocktail bar in Islington, in 2009. The theme here is 50s film noir, reminiscent of the days of Gina Lollobrigida and Errol Flynn. Very suave and stylish, I recall, from when I stopped off for a Japanese whisky one day. Even now, people talk about the London cocktail scene before the opening of 69 Colebrooke Row, and after,

It was from 69 Colebrooke Row that Tony started Drink Factory, upstairs. Then Drink Factory moved into a space in the old Pink Floyd recording studio, Britannia Row Studios, and a few years ago to they moved again, to the bottom of Broadway Market, near London Fields.

The next opening was Bar Termini Soho in 2015, now joined by Bar Termini Centrale opposite Selfridge’s. Here it’s about an Italian-style bar, where you drop in for a coffee or a Negroni, for breakfast, or a simple meal with Italian fare.  I had gone there with a friend who has spent many years in Italy and who was delighted by the panzerotti on the menu.

UPDATE 26 April 2018: Gazelle is due to open later this year in Albemarle Street in Mayfair. It will offer all day dining and cocktails over a two-storey Georgian building.

My visit to Drink Factory

I visited Drink Factory on Valentine’s Day… the day of the launch of Coral Fizz.

That day, the clouds were grey, the wind was gusty and the temperature hovered around 5 degrees. Drink Factory is in a building full of florists and architects and other creatives, and overlooking the canal.

Flooded with natural light, the ‘factory’ is more like a laboratory, with centrifuges, vacuum stills and freeze driers. There is rack upon rack of bottles of drink and condiments, including the five different Negronis they’ve created – to be served at the perfect temperature, so no need for ice.

We tasted the newly created English Rose Petal Vodka, as well as their English Horseradish Vodka, for the perfect Bloody Mary. My tasting notes say: “strong, clean scent and palette able to stand up to the texture and structure of the tomato juice”.

Some cocktails take years to create. Snow took two years, and it was only when Zoe was holidaying on the glaciers of Norway that she had a aha moment that snow smells of enoki mushrooms,  and now the cocktail is based on white clay, chalk and enoki vodka. It is stories like these that help create dreams and fantasies to make life’s moments that much richer.

I’ll be back at Untitled. The vibe was my kind of vibe. I quite fancy one of their floral photographic prints on sale at the Untitled shop. There are also Drink Factory magazines (amazing photography) on sale, fanzines, limited edition t-shirts and the stick-and-poke shirts worn by the bartenders.  As the sign says outside… bar · food · shop.